The preservation of the Second Amendment depends on our activism. Here is an action plan that highlights the steps every concealed carrier should take.

by Salvatore
in Articles, General Firearm
0 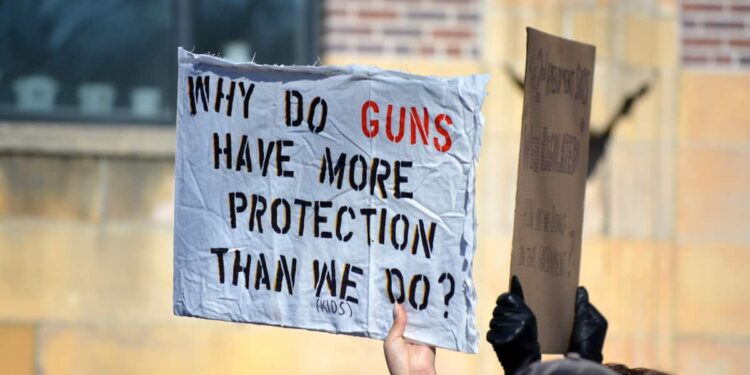 I often tell folks in the firearms community that we fight two fights. First, we should train and prepare for a physical fight in which we may be pressed into defending ourselves and our loved ones should we face violence. But we also need to be actively fighting a political and social fight to preserve our Second Amendment and the right to self-defense.

There are political factions in our nation who relentlessly seek to destroy our right to keep and bear arms. The ability to be armed and to defend one’s self is built into our nation’s historical precedent and our very Constitution, but that does not dissuade a new generation of anti-gunners who wish to strip firearms ownership away, as well as the sheer will among many to be self-reliant. A quick look at the draconian firearms regulations in Europe, as well as the entailed suspension of the legal right to defend one’s self from criminal actors, should clearly motivate us to take political action to preserve our freedoms here that are becoming more uniquely American by the day.

Therefore, how do we work to preserve our Second Amendment? There are a number of activities that you should dedicate some effort to if you believe in your right to keep and bear arms. Let’s take a look at what these are:

Vote in Every Election

This one should be quite obvious. I am always dumbfounded at the number of gun owners I know, even some that are enthusiasts, that don’t vote in every election. You need to vote against the political factions that threaten our firearms freedoms if you wish to preserve that instrumental human right. Every election is important. Presidential elections, mid-term elections, and certainly your local and state elections are all vitally important. For some reason, only the presidential elections get the focus of many individuals. I remind the reader that it is the Congress that make laws and the Congress that can aid or obstruct a president. Having a president that is friendly to the Second Amendment does little good if the Congress can undermine the executive’s efforts or over-rule them. Likewise, a federal government that is currently held by those who respect the Constitution does you little good if your own state governor and assembly tread on your rights. If you want to keep your freedoms you must vote in every election; it is that simple.

This is a political practice that many people neglect and fail to utilize. Ultimately, elected politicians have one primary goal: to get re-elected. The anti-gun lobby is well funded by notable billionaires who pour many millions of dollars into the election of anti-Second Amendment candidates. Those who defend the Second Amendment do not have such resources, but the reason that gun owners remain influential in politics is that they vote on the issue. Politicians know this, and by contacting your representatives, you remind them of this power. I have heard that, during tumultuous times of argument over gun control, usually follow mass shootings and other high-profile events, the people who contact their representatives to urge them to stand firm for Second Amendment vastly outnumber those who contact to encourage gun control. We must always be active in contacting representatives. Email, call and send letters. This is the single most influential form of activism that you can pursue, believe me.

I get it; you hate the NRA because they don’t stand for the EXACT principles that you do. Pray tell, what organization will you ever find made up of anyone beyond just yourself that will do things exactly according to your preferences? Not joining the NRA is cutting off your nose to spite your face and I am always amazed to meet anyone who claims to be invested in preserving the Second Amendment that is not an NRA member. The National Rifle Association is our single most powerful activist organization in preserving our Second Amendment rights. Without the NRA the freedom to bear arms would be far more undermined today than it is. I admit that the NRA has caved before on issues that I wish they stood firm on, but I want to win the war for our freedom rather than squabble over the particulars of a given battle.

A second organization that I truly recommend joining is Gun Owners of America. They are not as big and not as powerful as the NRA, but they are even more hardline, no compromise. Join the NRA and the GOA; these organizations are actively protecting your rights every day.

Another lesser-known group that is very influential is the Second Amendment Foundation, which I also recommend. Beyond these, you should join any state-level group that is organized in your state. Such groups actively work to protect gun rights at the state level. And, yes, I am a member of the NRA, the GOA, Second Amendment Foundation, and my state-level gun rights group. Why? Because for the price of a few boxes of ammo every year I will contribute to the all-important political battle of preserving my freedom. I hope you will do the same.

Take a New Shooter to the Range

Finally, there is something that we should all strive to do, and that is to foster the next generation of shooters and Second Amendment supporters. One of the most effective ways to do this is by taking someone to the range so that they can enjoy a safe and fun experience with firearms. I have found that a single range trip can dispel a lifetime of ignorance and misinformation for an individual. The anti-gun movement thrives on ignorance and misinformation, and when you take a new person to the range, you give them an inoculation to the exploitation of the anti-gunners. You just might win over a new shooting enthusiast as well. Take these things into consideration. We are in a political and cultural war for our freedom, and the only way we will win is for each of us to be tireless in our activism.