by Salvatore
in Articles, Concealed Carry
1 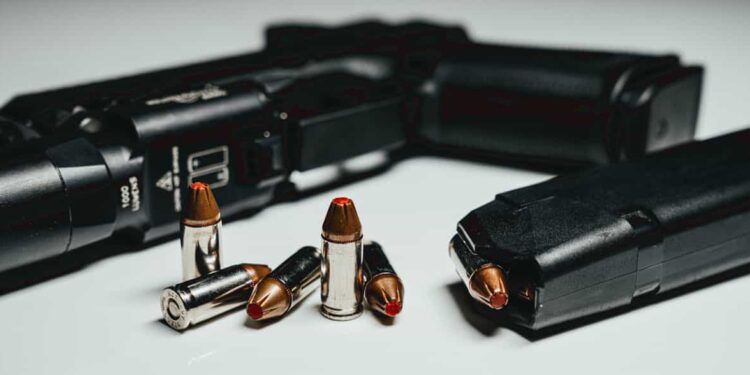 If you carry a firearm for self-protection, the possibility of needing to resort to deadly force is present. Having to do so should be a last resort, and something we hope never happens. Still, in the aftermath of a self-defense shooting, one can anticipate a critical analysis of every aspect of their character, their decisions made, and even their gear.

Be cognizant of what you wear, what you carry, and what you say. Say you were forced to use lethal force to defend yourself. You do everything right and you are completely justified. The image of yourself that you portray can haunt you. I am absolutely opposed to things such as punisher logos on your gun, or bumper stickers on your car that say something like “Kill them all, let God sort them out,” and so on. Wearing a shirt that says “keep calm and shoot them in the face” is, likewise, not appropriate. As an armed citizen, you should conduct yourself in a low profile manner. Do everything possible to avoid trouble and your mannerisms should be a testament to that.

One aspect of your carry gear that may also fall under scrutiny, should you be forced to defend yourself, is the ammunition that you use. This is a concept that does not cross the minds of most with a concealed carry permit. But, think about it, the ammunition you select can be a testament for or against your character, and it is something that an ambitious prosecutor with an agenda just might make an issue of.

Gimmicks should have no place in ammunition production, but if it sells, there are companies who will pursue it. The truth is, what a particular round is called should not matter. But in the eyes of a prosecutor or jury, it just might. If something were to happen, are you sure you want to be brought in front of a jury and hear the prosecutor call your very sanity into question due to equipment choices? Your punisher backplate on your Glock clearly indicates you are a vigilante. Your gun, loaded with Zombie Hunter ammunition, leads one to question your very sanity, does it not? After all, perhaps you were not even of sound mind, and when you shot that guy who you claim was attacking you, maybe you thought he was a zombie! Why else would you carry Zombie Hunter ammo in your gun?

If you think such a scenario is far-fetched, then you are not aware of how far an anti-gun, anti-self-defense, prosecutor may be willing to go to crucify you in order to make a political point. Carrying Zombie ammo is not in your best interest as a legitimate concealed carrier and self-defender. As shooters, we realize that the name of the ammunition should have nothing to do with the use of force. But consider public perception. An example of this that comes to mind from a couple of decades ago is Black Talon ammo. These bullets were nothing more than decent expanding hollow points. But much ado was made concerning the name in the wake of a particular mass shooting in which they were used. Silly as it may be, such public perception may play a role in an investigation or a prosecution.

The best approach to ammunition selection for defensive purposes is, undoubtedly, to use the brands that are established as such. The best guide for this is law enforcement. While law enforcement can hardly be accused of being state of the art in all ways, the testing and vetting of ammunition has been, for decades, spearheaded by the Federal Bureau of Investigation. As such, this has trickled down to most law enforcement agencies. In the late 1980s, the FBI established specific criteria in which to evaluate issued ammunition for effectiveness. Since that time, it has been the standard means of defensive ammo evaluation.

Usually, the predominant brands being utilized by law enforcement agencies have not only met approval based on the FBI requirements in ballistic testing, but these rounds also gain street credit. When large law enforcement agencies adopt a particular brand of ammunition, inevitably, the round gets used in multiple shootings throughout the years. Even though a brand may do well with the FBI test, the street use of the ammunition against human adversaries accounts for a great deal of confirmation. Choosing from the most widely used and proven law enforcement rounds provides a level of vetting not available elsewhere.

But let’s go beyond the proven ballistic performance. Using a round that is widely chosen by law enforcement also ties back into legal considerations. Should you be forced to defend yourself, choosing ammunition based on what the cops carry can work in your favor. Such a solid choice can offer the ability to point out that you, a sensible self-defender, chose a proven brand in the arena of self-defense. Using brand so-and-so, as utilized by agency so-and-so, is undoubtedly more reasonable than using Zombie Hunter rounds in your carry or home defense gun.

There are many excellent brands currently on the market. Often, I am asked for recommendations. I have synthesized my recommendation down to two particular rounds for any service caliber pistol. I base this on the fact that they are among the most widely used in law enforcement. They also have a very proven track record. Want my opinion on the matter? You can’t go wrong with Speer Gold Dot hollow point ammo, or Federal HST hollow point loads. There are other good loads, including Winchester PDX1, Winchester Ranger, and even the older Remington Golden Saber line. Still, Speer Gold Dot and Federal HST seem to be the top recommendations made by people with extensive ballistics knowledge. They are also widely used by many agencies, so they remain my top recommendations.

Selecting ammunition is not overly complicated. But it does demand a bit of research and effort. Choosing wisely is certainly worth your time.