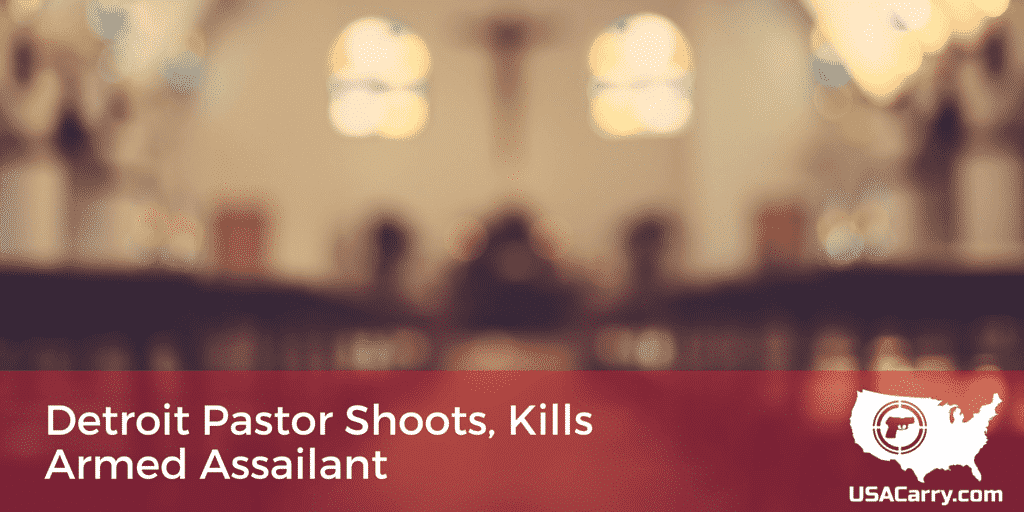 A pastor is currently in police custody following the shooting of an armed attacker in the City of God Church in Detroit.

The incident took place on Sunday, October 18th.  A man armed with a brick allegedly stormed into the church and attacked the 36 year old religious leader.  The pastor was armed with a handgun and shot his attacker multiple times. The man was pronounced dead at the scene.

Per Michigan law, pistols are not allowed in churches, with or without a concealed carry permit.

Some reports indicate that the two men involved knew each other, and may have had conflicts in the past.  The incident has become part of a larger discussion in Detroit about the role of the church community in dealing with violence, and the presence of firearms in sacred spaces.

The matter is still under police investigation.