Do Guns Accidentally Go Off? 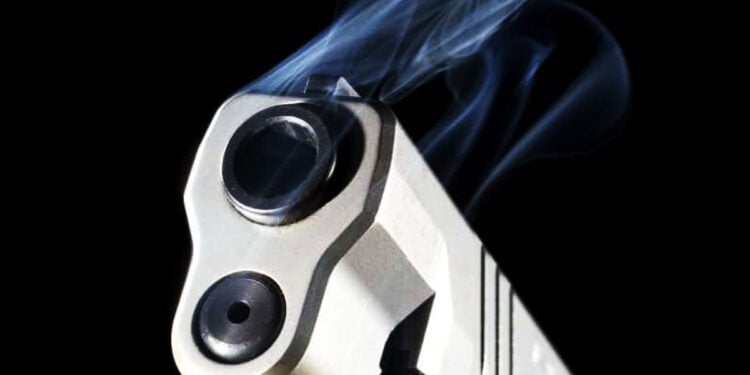 In the news, you often hear stories about someone shooting themselves in the leg (or somewhere else) and claiming that the gun “somehow” went off. When I hear these types of stories I always say “yeah right” because modern-day guns don’t fire unless you pull the trigger… Right?

Well… this past weekend I was teaching a Firearms Instructor Bootcamp and a gun did in fact go off without anyone touching the trigger. It was the first time I’d ever seen anything like it in all of my years of teaching firearms courses.

What happened was that I was teaching the Defensive Rifle portion of the course. Most people were using AR-15s and one fellow was using an AK. We’d just finished doing a series of drills and the fellow with the AK was putting his safety on and his finger was not near the trigger.

All of a sudden I heard a gunshot. Everyone was surprised since nobody was supposed to be shooting. When I got closer to the fellow with the AK you could see that his safety was cracked in half, which had somehow caused the gun to fire.

As I said, I’d never seen anything like this before.

But, this incident was a great reminder of why you always, always, always follow the four rules of firearms safety and why every good firearms instructor constantly emphasizes safety throughout their entire training.

Also, just imagine what would have happened if this gentleman was loading his rifle in his house and the safety busted and sent a bullet flying into a child’s room or into the family room where someone was watching TV.

This is why I use a bulletproof panel to unload and load my firearms in my house.

So, even though firearms almost never go off by themselves, they are mechanical devices that can break. Please be careful the next time you’re loading or unloading or finishing a shooting drill with your rifle or handgun. (And, don’t buy a cheap AK.)

Attack By A Dangerous Dog and the Use of Deadly Force

Training to Shoot Under Stress

Training to Shoot Under Stress