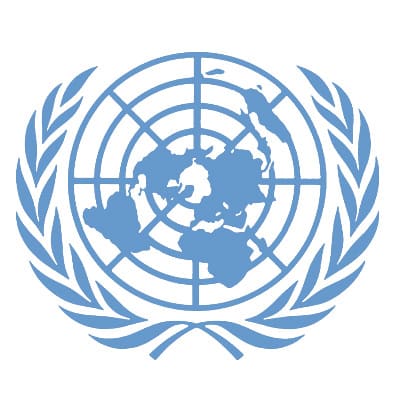 The good news is that 30 Senators have signed onto a letter opposing any UN treaty that infringes on the Second Amendment.

The bad news is that a global small arms treaty could still pass unless more Senators come out in opposition.

The ATT is the most comprehensive treaty of its kind and would regulate worldwide trade of weapons on everything from battleships to bullets.  Few details of the treaty have been made public, but it is widely expected that the final draft will:

* Require gun owner registration
* Require ammunition “microstamping”
* Define “manufacturing” so broadly that any gun owner who adds so much as a scope or changes a stock on a firearm would be required to obtain a manufacturing license
* Include a ban on some types of semi-automatic firearms
* Include a ban .50 caliber firearms
* Demand the mandatory destruction of surplus ammo and confiscated firearms.

Of course, we know that the Obama administration supports all of these proposals and would love to get them passed into law.  Obama’s negotiators at the UN have already expressed full support of the treaty and will work to include gun control provisions they haven’t been able to push through the Congress.

The deadline for a final version of a treaty is July 2012, at which time it will be sent to the various member countries for ratification.

Kansas Senator Jerry Moran (R) drafted a letter to President Obama stating that our Second Amendment rights are “not negotiable” and pledges to “oppose ratification of an Arms Trade Treaty presented to the Senate that in any way restricts the rights of law-abiding U.S. citizens to manufacture, assemble, possess, transfer or purchase firearms, ammunition, and related items.”

In the Untied States the treaty will go to the Senate, where it requires 67 votes to be ratified.  Conversely, we need 34 votes to kill the ATT.

So we’re still four commitments short of defeating the treaty – and that doesn’t account for any Senators who are “playing politics” and who may end up supporting the ATT with the right amount of pressure.

And you can bet that the pressure will be on to get this treaty ratified before the 2012 elections.

So far, the following Senators have joined Sen. Moran in publicly opposing any anti-gun treaty:

But 30 Senators is not enough.  We need at least 34 to come out publicly in opposition to the ATT – and a few extra as “insurance.”

ACTION: Contact your Senators and urge them to cosign the Moran letter opposing any UN treaty that infringes on our Second Amendment rights.  The pre-written letter thanks those who have already signed, and urges other to do so right away.  So please send the letter even if one or both of your Senators already signed on.

And if you are not already a member of GOA, please consider contributing today to help us continue the fight against UN-imposed gun control.

Click Here to send your Senators a prewritten message.

I’m a firm opponent of gun control laws, but let’s do some fact checking here – absolutely nowhere does the UN bill propose some of the “widely expected” bullet-points you threw up there. Defend our constitutional rights with truth, not tricks.

The issue is that, whether or not the proposed restrictions appear to be onerous, they would set the stage for more severe violations of our national, state, and individual sovereignty.

Well, I’ve lost the tiny, tiny bit of respect I had for the UN now. Also, I’ve gained a lot of respect for my Senator (KS resident).

I’m glad to see both of my senators (ga) are on the right side but I’m not sure how they would stand up to pressure.  Chambliss is one of the “gang of six” that may shoot the legs out from underneath the house’s efforts to control both spending and new debt creation.  I oppose any UN treaty that limits any of our hard fought for rights.