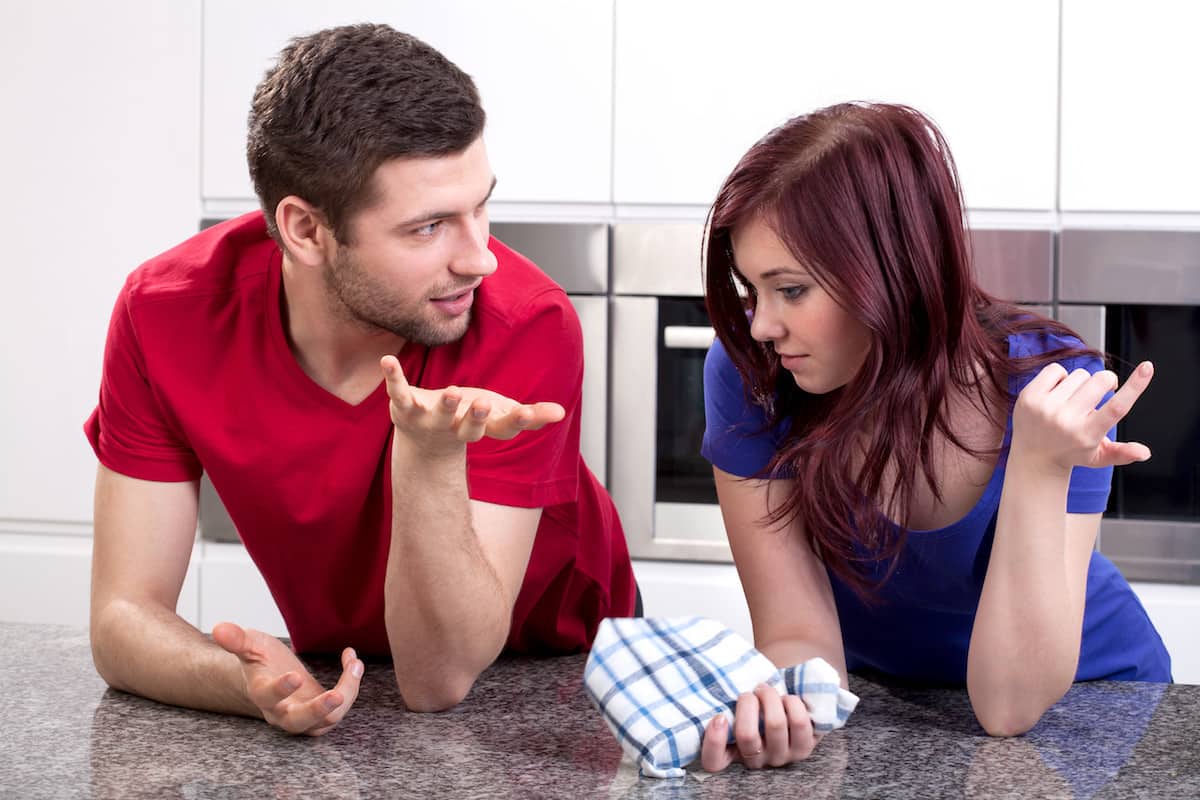 Not everyone was raised around guns or understands them. For those who grew up and just heard the static that happens every time a gun-related event occurs, there’s a good chance a prejudice has formed against bringing them into the home.

Even if your spouse and family fully support and enjoy firearms, it may be important to explain to them a couple of key things.

1. Guns Are Not The Threat

Even if you have children in the home, it’s not the gun you have to worry about — it’s who has custody of that gun. Explaining CCW to your spouse or family member requires them to understand that a gun, by itself, is just an object. When that object is in the wrong set of hands, it can cause harm. When it’s in the right set of hands, it can save a life.

That’s why you carry a gun. You have custody of it. When you take your family out, you don’t have to worry about a bad guy getting his hands on it. But, if a bad guy wants to hurt you or your family, you’re prepared.

2. You Choose To Not Be A Victim

We’re all too familiar with the reoccurring bad events happening in the news. Criminals and violent, ill-tempered folks can decide on a moment’s notice to make some sort of bland, violent statement that inevitably sucks in the lives of those around them.

You’re not going to let that happen. Everyone has a choice as to whether or not he wants to be a victim of circumstances or take control of a bad situation. As a concealed carrier, you’ve chosen to take control. If bad guys want to muddy up the waters, you’re willing to protect your family and those around you.

The Rub: Even if you chose not to carry, the outcome is guaranteeably going to be worse.

We can’t depend upon violent criminals to stop after they get their hands on valuables and property. They have the indisputable, unilateral choice of force. It’s their call. If you’re unarmed, you face a much greater risk to your life fighting back than if you have the option to use a concealed handgun.

This isn’t a matter of accepting additional risk, it’s accepting the world is the way it is and you’re willing to step up to the plate.

No matter how good you are with firearms, you need backup. A man or woman fighting on her own stands far less of a chance of surviving a bad defensive gun situation than if he has family members who are competent in the use of firearms and willing to back you up.

That’s why you need the whole team on board. It’s more than just making a political statement or some bland bravado — this is your life. If they jump in with you, you stand a far greater shot of defending your family, yourself, and your property from bad guys.

Communities that work together, responsibly carry firearms and coordinate tend to have a much better time of these rough times we’re facing than those who just shut themselves in and pretend that violence isn’t lurking just around an unseen corner.

Educate children on the proper use and handling of firearms, don’t let complacency ever get the best of you, and ensure your spouse understands and accepts that your decision to carry a gun has more to do with protecting both of you than it does with looking tough.

I currently make in the span of $6k-$8k /a month from working on the internet at home. Everyone prepared to work easy freelance task for 2-5 h /a day from your house and make valuable benefit in the same time… Test this work ALTURL.COM/cf3jt