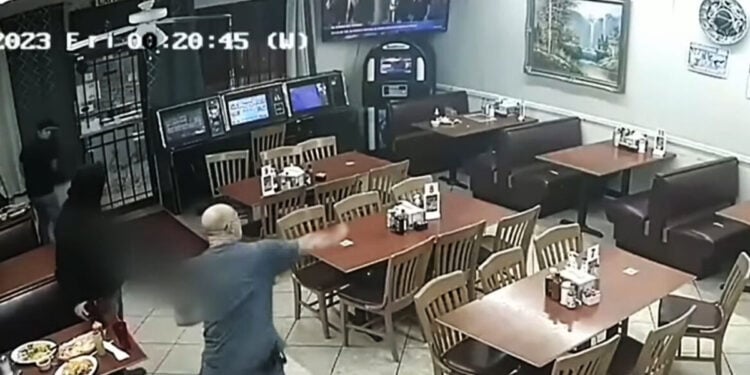 HOUSTON, TEXAS — A man who shot and killed an armed robber in Houston is being sought by police after leaving the scene. The gun the robber was using turned out to be fake, and the armed customer shows his frustration with that fact once it’s realized.

It is unlikely he will face charges, however, some of his actions were questionable. Police say a total of 9 shots were fired by the customer, including one towards his head after seemingly no longer being a threat. He also threw an item at the robber as he lay on the ground as he walked out of the restaurant.

While self-defense is justified in this case, we have to watch how we react and keep that ego in check. Shoot to stop the threat, and stay after for when the police arrive.

Republished with permission by Concealed Nation.

The shooter is almost as stupid as the perp.