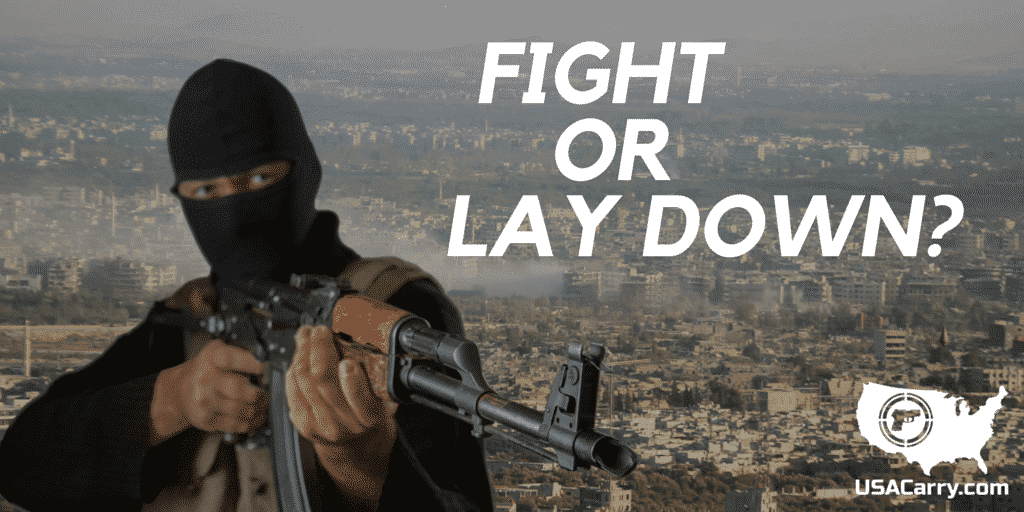 Today, we live in a world of knee-jerk, reactionary politics. Case in point, the TSA. The TSA was the brain child of “The Department of Homeland Security”, whatever that is, so that we could standardize the level of scrutiny at airports after the 9/11 attacks. Ostensibly, this new agency would be better suited than the civilian contractors already in place that were conducting airport screening long before “Homeland Security” got involved. Up to that point, the advice given by the governments of the world when confronted by a hijacker was to just comply and get the plane on the ground so that a police force might then be able to intervene. Sound advice, at the time. Now, however, we’re no longer being threatened by hijackers that want some political prisoner released or asylum. No, these guys mean to kill each and every person on the plane and as many on the ground as possible. Now, we’re told to fight. Use a spoon, use a galley cart, use your iPad, and use anything you can to fight the terrorist if you’re unfortunate enough to be on the same flight as one of the bad guys. Sound advice, but a real change in philosophy. They say this because of the shift in the terrorist’s ultimate motivations and goal to cause maximum casualties.

Meanwhile, the very agency that was created by the U.S. government to keep us all safe from the obvious and growing threat from terrorists has become bloated, bureaucratic and ineffective. All while they have been handed an ever growing budget of tax payer dollars to work with. The news has been littered with stories about TSA agents caught stealing, molesting people, smuggling drugs and a host of other grievances that are never really addressed. To add insult to injury, they’ve also been found to hire people that are on Homeland Security’s watch list! The very parent organization that is in charge of their follies can’t keep people on the watch list off the payroll. On top of that, they’ve been proven to fail something like 90% of the time to detect mock bombs used to test the agency with. So much for “Homeland Security”.

While all of that is going on in the background, we now have the threat that the TSA was meant to counter actively moving towards acts of terror being thrust upon innocent people just going about their daily lives. In other words, moving out of the airports and into our communities at home. It seems that like the shift in hijacking threats, the aim of the terrorists now is to claim maximum damage on their way out. However, the difference is that instead of being encouraged to fight by our government, we’re being asked to lay down our arms because the bad guys keep showing up with them. So, the logical liberal conclusion is that if we just didn’t have any guns in the world, then we’d all be able to sit down and give each other a big hug.

So, let’s imagine for a moment that we’re in the Utopian world of no guns available for sale in the U.S. because the liberals have gotten their way and an entire gun ban has gone into effect. Does that mean that guns are no longer going to be manufactured? Nope. Militaries and police agencies the world over will still need weapons. Those weapons will find their way into the black market through various means (theft, misrepresentation, etc.). Now our black-masked assailant shows up because he got a care package from someone back home and has a shiny new AK-47 to show everyone. After he gets done blasting his way through the shopping mall at Christmas time and kills dozens of people, he then starts lobbing pipe bombs here and there until the police finally show up 10 minutes after the first phone call goes out about this guy. Now he’s been able to blow away half the building killing more folks and shoot a few dozen others just before detonating his hug-me vest. Boom. No one had a chance. No guns, so this terrorist was able to carry out his plan unopposed knowing that he’d have time since nobody there could fight back due to the gun ban. If anything, Paris and the Charlie Hebdo incidents are a shining example of this very real scenario. By the time the Gendarmes arrived, it was already over. The Gendarmes shot a few of the bad guys once they did arrive, but overall, the damage was already done.

Now our vaunted politicians are calling for more and more gun “control” and “assault” weapons bans. Instead of asking us to fight, they want us to lie down and quit. Why, I ask you, are you encouraged to fight in an airliner, but not in your own community? To make matters worse, after the clock-kid, it has been widely reported that a few of the bad guys neighbors in California noticed some seemingly bad/odd things going on over at the home of Syed Rizwan Farook and Tashfeen Malik, but they were afraid to say anything because they might be labeled a racist. What!?

I am saddened and dismayed by the condition we find our beloved America in. We’ve fallen asleep at the wheel and let our collective “feelings” outweigh our common sense. President Reagan once said:

“Above all, we must realize that no arsenal or no weapon in the arsenals of the world is so formidable as the will and moral courage of free men and women. It is a weapon our adversaries in today’s world do not have. Let that be understood by those who practice terrorism and prey upon their neighbors”.

Now, after the Patriot Act and other “acts” like it, we are being asked to allow our freedoms, our inalienable rights, to be eroded away. The politicians’ aim seems more focused on controlling you, the average, tax-paying, law-abiding citizens, than actually presenting ways to thwart the chaos that the terrorists want to thrust our society into. That is not to say that several law enforcement agencies aren’t doing things to keep the terrorists out, but it’s very easy to overwhelm a well-meaning and hardworking government agency by introducing new chaos into their ranks by flooding them with other priorities making them change their focus (Syrian refugees come to mind).

I’m not much of a conspiracy theorist, I tend to think that things happen mostly as a result of not thinking things through, than by design. However, I do sometimes wonder of the liberals are secretly hoping for more mass murders to happen to justify their end game of an all-out weapons ban. I’m not accusing anyone of that, but the thought crosses my mind every so often.