A First Responders Account of a Recent Terror Attack in Europe

by Michael Jenkins
in Articles, Self-Defense
2 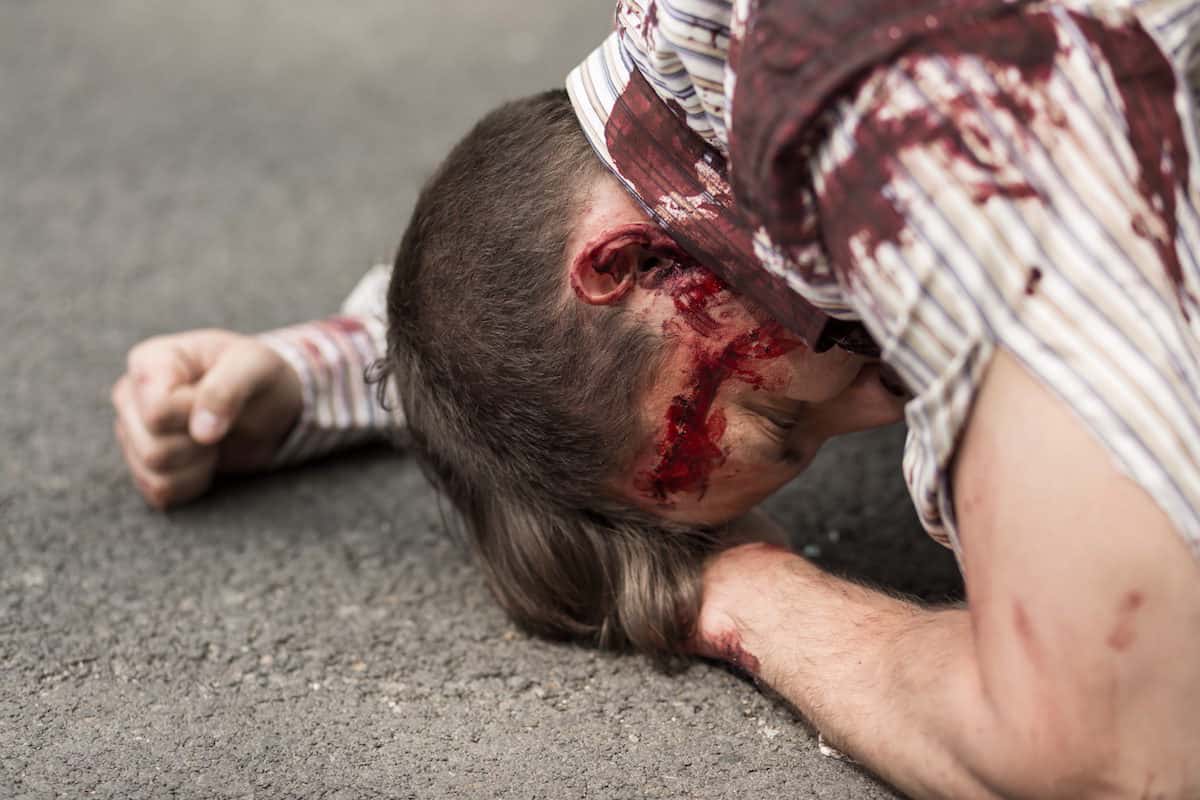 I can’t tell you his name, or show you his face. I can’t even confirm which country he operates in.

He’s European, a security expert, and served as one of the first responders to a terror attack which took place on that continent at some point in the last year—no, I can’t tell you which one.

He agreed to speak to us and share his experiences and insight, with the condition that any identifying information be removed for security reasons. I can tell you that he’s got an impressive resume: former military, a paratrooper, currently working as a counter-terrorism expert for a European government. The rest of the story is his.

MJ: What happened when you got the call? What gear did you have with you?

X: I sat finishing up my first and also last brew of the day as I was reading up on the last day’s reports when my boss came in and said that there had been an explosion and shots fired at  and we had to go.

I stood up to prepare. First thing is my gear. I grabbed my iPhone, fully charged, and checked my desk. My work keyset was still on it. I use a carabiner as keychain. Got my 5.11 covert bag and attached the carabiner to the MOLLE inside the front pouch. Also in there is a milspec monkey organizer containing bits and pieces like my charger, Silva compass, Spyderco Tenacious, Uzi tacpen, notebook, and a Leatherman multitool.

More in my bag was a first aid kit with U.S. Army tourniquet, food and water and an armband we use as distinguishing mark in emergencies. You always jump ready to fight as they say in the parachute regiment. . . . I made sure everything was secure (don’t like things to fall out when I’m out and about) and checked my that my mobile was offline. I don’t like wasting valuable battery juice when I m not using the net.

MJ: What happened when you rolled out?

X: We had established contact with the local team leader [for the same agency] but things were chaotic. We drove over using sirens and lights—we had to move across the city in heavy traffic. More information was coming in during the ride . . . it was a confirmed terrorist attack. A police unit had sealed off the area. We glided past and entered a war zone . . . ambulances, police, fire department.

MJ: That’s intense. How did you handle it? What was the first priority?

X: First of all I took time to observe the situation. Situational awareness is probably the most important survival tool to develop . . .  I tuned in. People screaming on stretchers, walking wounded standing dazed. My boots crunching on shards of broken glass. Soldiers, police and medics where still bringing people out. We had high buildings all around. I knew they weren’t cleared yet cause I had seen the SF unit prep their kit at parking near the “satellite building” which is where the crisis room was. I was now banning out all irrelevant thoughts and focused . . .

I got as much intel from the agent as I could and wrote down keywords. No point in using our phones, we knew every local mobile phone relay station nearby was temporarily shut down to avoid terrorists communication or worse; remote trigger a stay-behind IED to hit emergency staff. We did carry Motorola radios and tried the net. We got an answer but it was very unclear. At that point someone came on the net to warn us; An active shooter may be around . . . We had to physically start searching now. I undid my 5.11 magazine pouch from MOLLE inside my bag. In it was my Surefire LED torch. I attached it to my belt. I carried my legitimation around the neck in a badge holder—also part of my EDC.

When the site was finally swept and declared clear, we got more news that there had been other attacks around the city . . . we knew we were going to be working day and night for a while to come . . . I learned form a soldier who witnessed the blast that some off duty soldiers present had applied over 50 tourniquets, probably saving 50 lives or more.

MJ: What sticks out in your mind about this experience, about being on site?

X: There are a few things I will never forget about that day. Though I’ve seen a lot of shocking things in my career, the sight of the badly wounded staying behind during the panic still comes to me daily. And the sight of children, mourning and hurt. The sight of people finding their loved ones, or not.

My EDC helped get me through the day. Not only practically but also mentally. Just knowing I had the right gear was very supportive to me.

MJ: Is there any peace of gear you wished you’d had with you?

X: I was definitely grateful for every item I used. I didn’t need my tourniquet or first aid gear but it felt very good knowing it was there. Job-wise, the most important tools were my ID in the badge holder and my radio. Without our comms it would have been a very difficult task.

I think one of the most repeated observations I’ve made [of similar situations] is this: I think it was Napoleon who said something to the effect of “the most perfect battle plan usually goes out the window once the first shot is fired.” Once chaos erupts all those fancy plans and communications schedules fall to pieces . . . Only trained and experienced personnel manage to keep things moving in more or less the right way.

MJ: What would you tell civilians to do to prepare for something horrible like this?

X: Don’t count on emergency services to come and help you. Like I said, when things go pear-shaped, they too panic. It’s only human. And they’ll be overwhelmed dealing with a host of other problems. So be prepared.

The most important EDC tool you have is your wits. Develop it into a tool. It must become a tactical weapon.

MJ: What are the most important aspects of that development?

X: Prepare physically—stay as fit as you can. Learn some medical basics—we saved more lives with tourniquets than with anything else. They’re a must for your medical kit. That and something to plug big holes or wounds.

Situational awareness is the most important tool . . . your first defense is observation. Learn the warning signs of criminal or terrorist action. Be aware of the environment around you: choke points, exits, entranceway, windows. Apply it to your everyday life: train yourself to remember faces, building layouts . . . when you enter a room, look at everything: what objects could be used as a weapon? What alternative exits are there? Also tactical positioning is a part of this. If you can, keep your back covered by keeping it close to a wall . . . make sure you can reach and see all the entranceways and exits.

When you take the train or subway, take the last car if you can. The chances of a bomb exploding on a moving train in the last carriage are almost zero. Statistically you’re much more likely to get hit in the middle of the train.

MJ: Any advice for families—that is, people with children?

X: Know where you’re going, and make sure they do. When you’re in a train station or airport, first you go to a place outside the main entrance inside the station that is easily remembered by kids. You tell your kid that if they should get lost, even if there is chaos, they should come to the rendezvous point if its safe. That’s where you’ll go look for them . . . an arm band with your name and mobile number isn’t a bad idea, either.

MJ: As an emergency responder, what do you want people to do before you get there?

X: There two things important I guess. First room to work, people must leave the area so the place and situation can be dealt with. Second; information is key. Anyone who may hold information that is useful should stick around

If you are able, then help others. Even if you are not medically trained, its is still better to act rather then do nothing at all. You can console, carry or try to stop a blood flow.

Tips for the Aging Shooter

Tips for the Aging Shooter