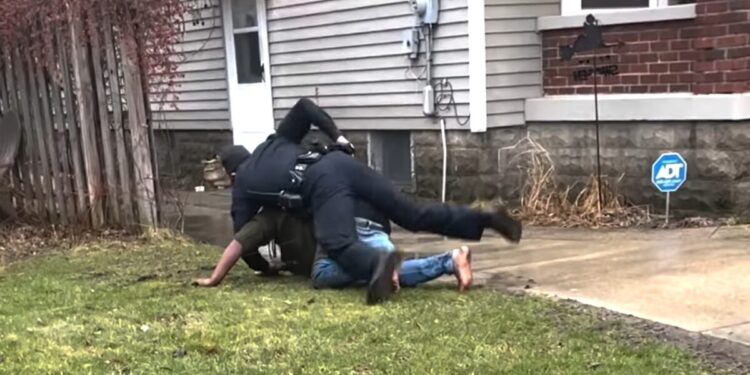 26-year-old Patrick Lyoya was shot in the back of the head during a traffic stop that turned physical when Lyoya began to run from the officer. A struggle ensued, and the officer produced his Taser, and a struggle over that Taser began between the two.

After about 60 seconds of struggling to gain control over the Taser, the officer draws his gun. A single shot is fired, striking Lyoya in the back of the head, which appears to have killed him instantly.

GRAPHIC WARNING: Multiple videos were released by the police department that shows the confrontation from beginning to end. This video is graphic in nature and is not suitable for all audiences.

The incident occurred in Grand Rapids, Michigan, on April 4th, just after 8 am. The officer stopped the vehicle because the license plate did not match the vehicle to which it was registered to.

I will have a full review and analysis of this incident in the coming weeks.

Concealed Carrier Not Charged After Shooting 16-Year-Old; Police Say It Was In Self-Defense

Concealed Carrier Not Charged After Shooting 16-Year-Old; Police Say It Was In Self-Defense