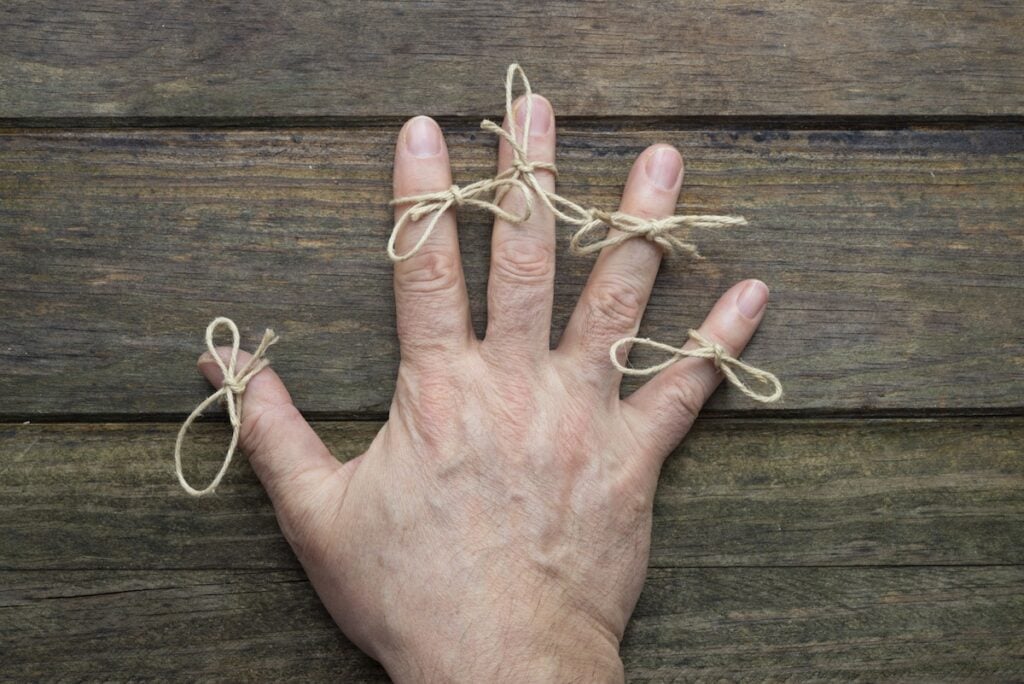 Ever lock your keys in your car? Annoying, isn’t it? Instead of just simply going on with your day, you have to wait for the locksmith to show up, insert an inflatable cushion into your door frame and pick the door open. That’s a pretty big inconvenience. In the regular world, this happens periodically to people and nobody bats an eyelash. If you’re late to pick up your kids from school or running behind on your way to work, it can be a big problem.

In the firearms community, believe it or not, people forget basic things all the time. No one likes to admit it but it happens on nearly a daily basis. Some gun owner somewhere is going to forget one of these five things. In the overwhelming majority of instances when this happens, it’s just a minor inconvenience. However, each of these things, at a pivotal moment, can create a whole hassle unto itself.

If you live in a state that doesn’t issue permits for residents, you have one thing you can permanently cross off the list of things you have to worry about. For the vast majority of states that still do have concealed carry permits or licenses, you need to keep it on you at all times. If you’re carrying a concealed handgun, you need to have that permit. For those that forget their permit at home or in the car, in most cases it’s no big deal. After all, the majority of all concealed carriers who carry their handguns on a daily basis will likely never need to use them. The second you do, however, it’s going to create a big hassle.

Now, I’m not saying you’ll necessarily go to jail or face charges in an otherwise justified use of deadly force situation. The police can probably quickly ascertain that you indeed do have a permit to carry concealed and will work backwards from there. In the immediate time, it’s going to create a giant hassle. Some states treat this differently. In Texas, for instance, your Concealed Handgun License is tied to your driver’s license. That doesn’t mean you shouldn’t carry your CHL, it just means a police officer can see you are permitted to carry concealed when he looks up your driver’s license.

In other states, like North Carolina, they’re going to want to see that concealed carry permit. Failure to produce it, in some cases, can result in a misdemeanor charge. Chances are good if you just finished saving your life, it’s not going to be the top priority in their investigation but who the heck wants to add stress to that situation?

How many rounds of ammunition is your life worth? A lot of concealed carriers have a magazine in the well and hopefully one in the chamber but that’s the base minimum you need. A single backup magazine can offer that added degree of protection. Forget the statistics or anecdotes they say where the first round or three is usually sufficient. If you’re stuck taking cover, you’re going to need to hold down your side until police arrive. In some places, that may only be a few minutes. In others, you could be waiting awhile.

All the statistics in the world, they’re only helpful towards informing a decision. None of them cover what happens when you’re in a situation where you need to defend yourself. That’s a unique situation for everyone. By goodness, I hope you’re able to handle it quickly and without injury. If it’s not quick, though, you’re going to want a backup magazine.

For those that hate technology, it’s okay you still have a flip phone. No one’s judging. But, if you’re a concealed carrier, I’d highly suggest you always keep a cell phone on you. This is a step in the defensive handgun mindset. In an emergency situation where you’re not able to immediately identify and neutralize the threat, you should get some cover, barricade, and get on that phone to police. Emergency services need to be informed of the situation before they can respond. You’re a key in that process. If you don’t have a method of doing so, you’ll be stuck trading rounds with bad guys while you try to send smoke signals.

Added bonus: you let the police know you’re an active concealed carrier on the scene so they don’t automatically assume you’re one of the criminals you’re fighting.

#4: A pocket knife or multi-tool

No matter how good or fancy your everyday concealed carry handgun is, if there’s an opportunity for something to go wrong, it pays to plan for it. If that round in the chamber gets stuck or you need to pick a piece of metal out of the magazine well, you have a tool for that. A knife comes in handy in just about any situation you’re dealing with your life in the balance. It may not be immediately useful. It could just sit in your pocket or pocket book — but it ought to be there.

If your state required you to take a concealed carry handgun course or even a basic pistol safety course, the course likely included at least one portion talking about your state’s laws. There’s things you need to know so you don’t get yourself into trouble. For instance, what’s your state’s stance on use of force? Use of force and deadly force are two separate animals. And, in some states, they define that you can only use an appropriate or reasonable amount of force in response to the threat. You don’t need to be an expert in the various definitions of what your state constitutes lawful justification of force, but you certainly need to make sure you stay on the clear right side of it.

This last one is the part that truly hangs up a lot of otherwise good law-abiding gun owners. One simple slip or mistake and a previously simple, straight-forward investigation turns into a case that takes months or even years to resolve.

In General: The less you want to pay attention to the law, the more closely acquainted you need to be with an attorney.

Added bonus to the last one: keep an attorney on speed dial. Even if you think there’s no way in heck you’ll ever need an attorney to represent you, if you carry a gun every single day, you need to know the name and number of one who will. Not every situation is black and white and sometimes a poor recollection of the details can turn an otherwise good man into a criminal. Does an attorney cost money? You bet. Good legal representation — or heck, any legal representation — always more than anyone would like. But that cost is far less than if you try to handle this sort of thing on your own and bungle it up real bad. Pay more up front or risk it all in court.

Are You Covered? Homeowner’s Insurance and Firearms