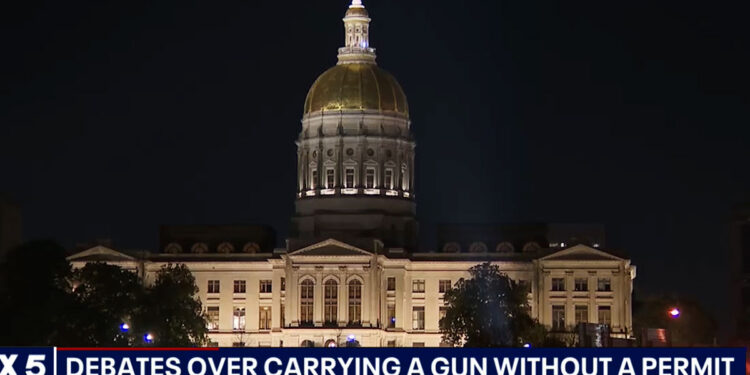 Will Georgia become the next state with a Constitutional Carry law on the books? Well, It passed its first hurdle this week, which is a step in the right direction.

The Senate Committee on Judiciary passed SB 391, Georgia Constitutional Carry Act of 2021, by a vote of 6-3, with Republicans voting in favor of the bill.

This would not eliminate the permit system that is already in place. Georgia residents could still apply for a Georgia Weapons Carry License. This allows you to carry in other states that honor the Georgia Weapon Carry License, which you can view on our Concealed Carry Maps.

Last month, Gov. Brian Kemp said he supports the bill and intends to sign it. But it will have to pass the full Senate and House before it can be sent to him for final approval.

“Building a safer, stronger Georgia starts with hardworking Georgians having the ability to protect themselves and their families,” Kemp said. “In the face of rising violent crime across the country, law-abiding citizens should have their constitutional rights protected, not undermined.” via THE SQUARE CENTER.

The Senate Committee on Judiciary recommends that SB 319 do pass and adjourns. #gapol #gasenate