The Department of the Attorney General has released its annual report detailing state firearm registration statistics for calendar year 2011. A record high total of 15,375 personal/private firearm permit applications were processed statewide during 2011, marking a substantial 20.1% increase from the previous record high of 12,801 applications processed in 2010. Of the applications processed in 2011, 94.0% were approved and resulted in issued permits; 4.5% were approved but subsequently voided after the applicants failed to return for their permits within a specified time period; and 1.5% were rejected due to one or more disqualifying factors.

View the report from Hawaii.gov 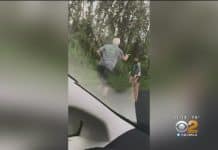 DON’T DO THIS: Man Fires Warning Shots at Neighbor [VIDEO]