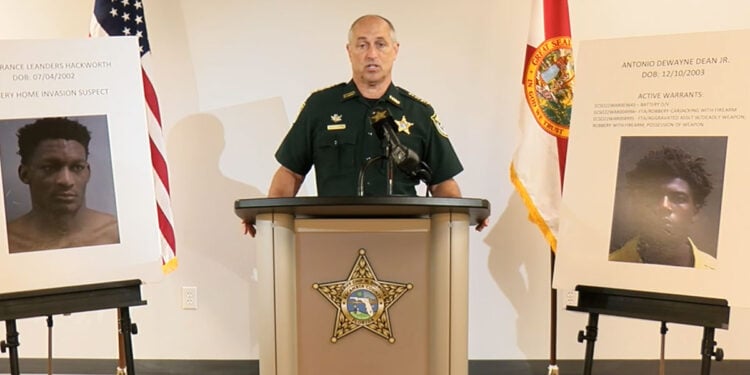 Just before midnight on July 7, 2022, three men broke into a home in Escambia County, Florida. The homeowner was home alone when the invasion took place. One of the suspects pulled a gun from his waistband while the other two started shoving the victim. The homeowner seems to have had a handgun on him, which then slipped out of his hand and hit the ground. One of the unarmed suspects picked up that handgun, so now two of them were armed.

The homeowner ran to a back room to retrieve an “AK-47 style” rifle.

“He started shooting for his own protection to get them out of his house and to protect himself. They fled…as they do,” Escambia County Sheriff Chip Simmons.

The police identified two of the three suspects, who both have warrants out for their arrest. One of the suspects had numerous warrants already, causing the sheriff to say that he was not sure why he was out of jail.

The police also believe they have identified the third suspect, that had a non-life-threatening gunshot wound to the head shortly after the incident. We can assume that the suspect went to the hospital who reported it to the police. His story of how he was wounded is “inconsistent at best,” said Sheriff Simmons. “In short, we don’t believe him.”

“Those of you that might ask the question, ‘Is the homeowner going to be charged for shooting at these people?’ Absolutely not! The homeowner was protecting himself. And in Florida and in Escambia County, you can protect yourself.”

“The homeowner seems to have had a handgun on him, which then slipped out of his hand and hit the ground. One of the unarmed suspects picked up that handgun, so now two of them were armed.”