Intruder Picks the Wrong House; Gets Shot in the Neck by Homeowner 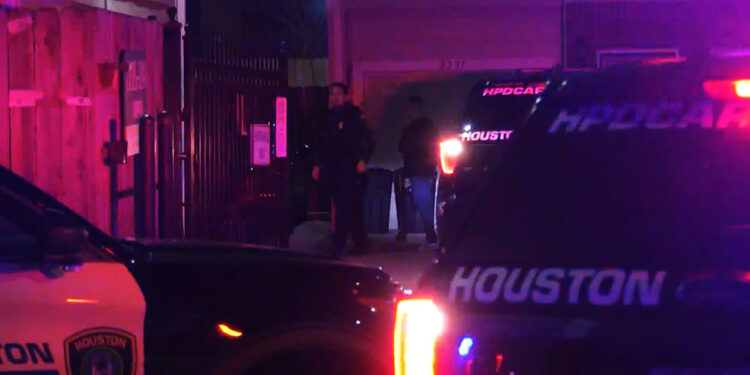 A home intruder is dead after knocking on multiple houses in a neighborhood. He apparently picked the wrong one to break into.

Witnesses say they saw a man knocking on multiple doors in a Houston neighborhood early this morning around 1 AM. One homeowner saw the suspect through the peephole on his front door. The suspect walked off and keyed his car when he didn’t answer. The suspect then decided to go to the house next door, but instead of knocking on the door, he broke through the glass back door and entered the home.

The owner of the home he broke into woke up when he heard the glass break and armed himself with a handgun. When the intruder entered the homeowner’s bedroom on the second floor, the homeowner fired his handgun, hitting the intruder in the neck. The suspect then ran out of the house the same way he came in. According to witnesses, he started knocking on neighbors’ doors, telling them he was shot and then died a few houses down.

This definitely sounds like a justified self-defense shooting. The homeowner cooperated with the police and is not expected to be charged.

The neighbor that saw the man through his peephole told local media:

“I have a newborn son,” Jalen Ross told KHOU 11 NEWS. “That’s all I thought about…him, his mother. I didn’t have a weapon in the household. I was at a disadvantage.”

I have to give the homeowner credit for not leaving his bedroom to go looking for the intruder. Many stories we cover have homeowners leaving their room and even their house to look for a suspect. This homeowner was right to stay in his bedroom and let the intruder come to him. Just hearing a glass break doesn’t tell you how many people are breaking in, whether they are armed or now, where they are, etc. He also must have had relatively quick and easy access to his firearm as he was prepared to defend himself as soon as the suspect walked into this room.

This should also be a reminder to practice for that “bump-in-the-night.” If you have a gun on your dresser or in a quick-access safe while sleeping, do you practice getting to the gun during your dry fire training? If not, this is definitely something you’ll want to incorporate, so you aren’t figuring it out in a real-life situation.

Ohio and Georgia One Step Closer to Constitutional Carry