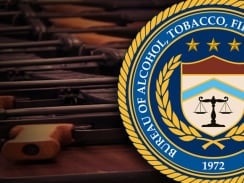 CBS News has learned that House and Senate investigators have descended upon Arizona for their probe into the so-called “Gunwalker” scandal. They’re gathering interviews from witnesses, including ATF insiders and area gun shop owners. Sources tell CBS News the congressional investigators are frustrated by what they view as across-the-board stonewalling by government agencies which have refused to provide information in the investigation. Government officials have said they won’t provide information while their own investigations are ongoing.