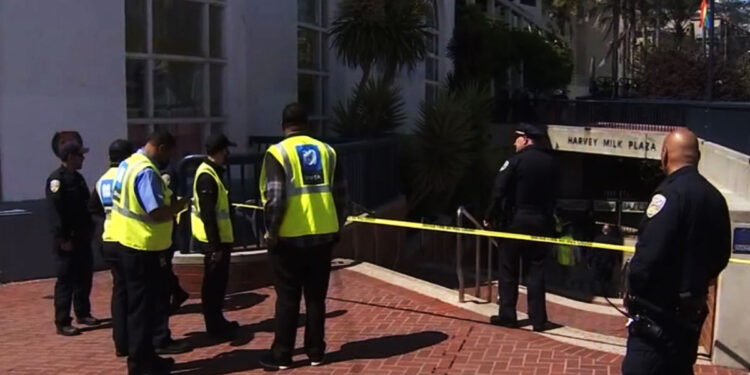 SAN FRANCISCO, CALIFORNIA — A 27-year-old man is dead after police say he went after someone on a subway with a knife following a dispute. 26-year-old Javon Green was arrested during the investigation and will be facing gun charges, but not homicide charges. Green was not legally allowed to carry the firearm concealed on the subway, hence the gun charges.

As for the death of the 27-year-old, Green is not expected to face charges, as surveillance video and witness accounts point to it being an act of self-defense.

The man had been sitting next to Green and began mumbling “aggressive things” to Green, who then got up and walked away, according to Green’s attorney. The man then followed Green and took a knife out of his pants, which the surveillance video appears to show.

According to his attorney, Green asked the man if he was going to stab him, and that’s when Green started to run in the opposite direction. Green produced his firearm and shot the man as the man gave chase.

A 70-year-old man on the train was injured during the incident and received non-life-threatening injuries.

By Brandon Curtis via Concealed Nation and republished with permission.