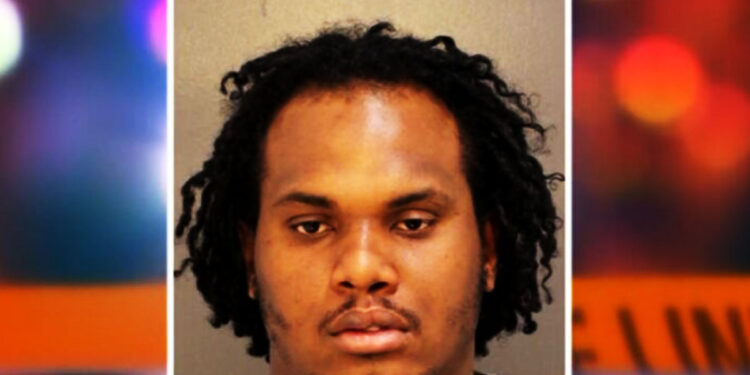 UPPER DARBY, PENNSYLVANIA — A man is facing several felony charges after fatally shooting another motorist on Friday. Court documents indicate that the deadly incident occurred at Landsdowne Avenue and Winding Way in the Drexel Hill neighborhood. The documents identify the man responsible for the shooting as Lloyd Amarsingh, 28, of Darby. After fleeing the scene in his vehicle, he later turned himself into police accompanied by his lawyer, telling investigators that the shooting was not intentional but a result of his gun misfiring…twice.

According to Amarsingh, he was sitting in his vehicle, seat reclined, at a traffic light listening to loud music and celebrating a recent unemployment payment when he decided to unload his handgun. He stated that he was holding the firearm in his right hand and removing the magazine with his left when the gun discharged. When he pulled the slide back to eject the live round in the chamber, the gun discharged again. He then sped through the red light and left the scene.

One of the bullets from Amarshigh’s gun struck a man sitting in a nearby van. Jim Hunt, 56 and a married father of four, was pronounced dead at Lankenau Medical Center at approximately 10:30 a.m. Investigators say the driver’s side window of Hunt’s van was rolled down, indicating that he may have had words with the shooter, and they believe this may have stemmed from a road rage incident that may have occurred between the two.

During a canvas of Lansdowne Avenue, Upper Darby police located video surveillance footage showing photos of Amarsingh’s 2008 white Audi. They obtained a warrant to search his home and recovered the gun he claims was fired from inside his car. His vehicle was located parked in the alley behind his home, and evidence indicated that a bullet had pierced the rear passenger window.

An autopsy performed by the Montgomery County Medical Examiner determined the matter of death was a homicide and the cause was a gunshot wound to the head. Amarsingh has been charged with third degree murder, involuntary manslaughter, and possessing an instrument of crime. The suspect’s family declined to comment publicly, but neighbors say it is an unfortunate incident because he is a father – but then again, so was his victim.

I think he’s going to be hard pressed to explain how he shot out the rear passenger window from a gun in his right hand, while his left hand was removing the mag. What kind of pretzel jujitsu would that take?