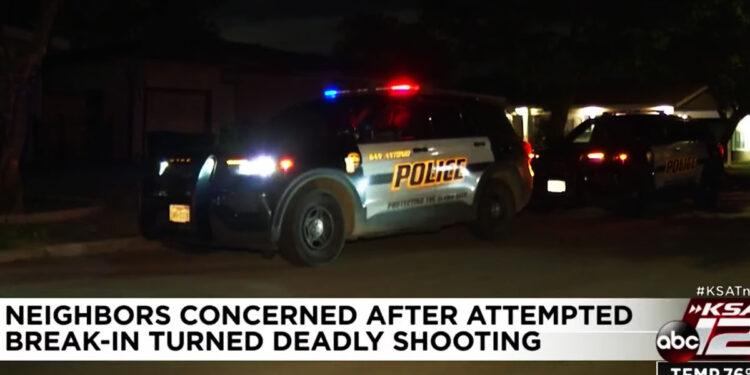 A 30-something San Antonio mother grabbed her handgun and shot a would-be home invader as her three kids were asleep in the house last Thursday night.

Police said the woman had heard someone breaking into her home through a laundry room at the back of the house. As the intruder was trying to break in the second main door, she shot him in the chest twice. When police arrived, they found him sitting in the backyard bleeding from the gunshot wounds. The 41-year-old male home invader died on the way to the hospital.

Back in November of 2020, Texas State Rep Terry Meza introduced a bill that would essentially require you to try to run out your back door if someone was breaking in. She wanted to add the words “is unable to safely retreat” to the current castle doctrine law. Governor Abbot and the rest of Texas definitely did not support the proposed changes, and it didn’t go anywhere.

Let me be clear.

The Castle Doctrine will not be reduced.

Especially with the crazy “defund police” ideas, homeowners need to protect themselves now more than ever.

Groups like Moms Demand Action say you don’t need a gun for self-defense, but this is not a mother that will agree with them. She is a gun owner and an excellent shot.