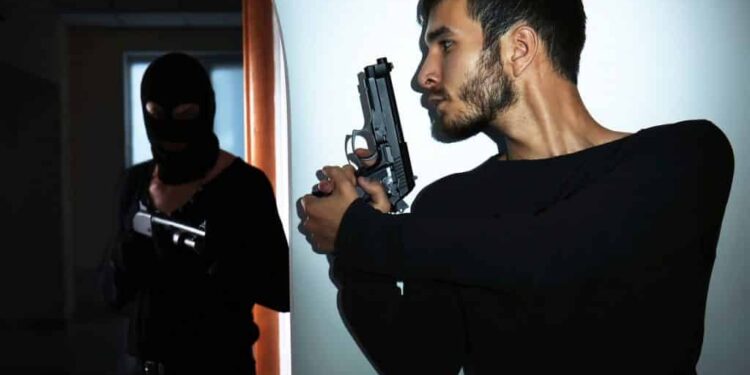 If you’ve never seen the Sergio Leone film “The Good, The Bad and The Ugly,” one of the characters admonishes a would-be assassin “When you have to shoot, shoot; don’t talk” after having dispatched him. Something like that exact sentiment is why warning shots, verbal warnings and other attempts to dissuade a violent attacker are a bad idea.

If the threat is real, draw from your concealed carry holster and fire – and stop the threat.

Warning Shots Will Only Land You In Jail 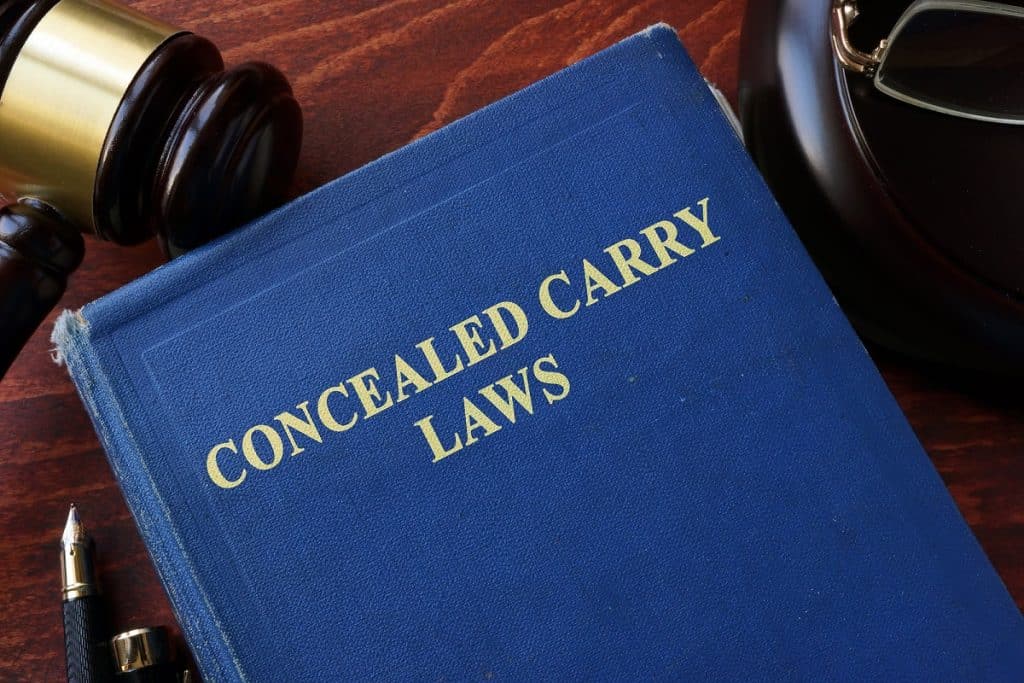 Warning shots sound great on paper. The gunshot will frighten the bad person enough so they give up or think better of what they’re doing and cheese it. Sounds good, right?

It’s likely to send you to jail instead.

The act of drawing a pistol in the first place is an act of deadly force before the eyes of the law. Use of deadly force without the requisite reasonable belief of imminent death or dismemberment is a felony.

Second is what the bullet does after it leaves the barrel, which is part and parcel to why police officers don’t fire warning shots. If the threat is real, they tend to shoot to stop the threat and that’s exactly what you should do if confronted by a violent criminal.

Granted, a bullet into dirt will likely stay there, but pavement and other materials can cause a ricochet. Firing up into the air is equally reckless; what goes up, after all. 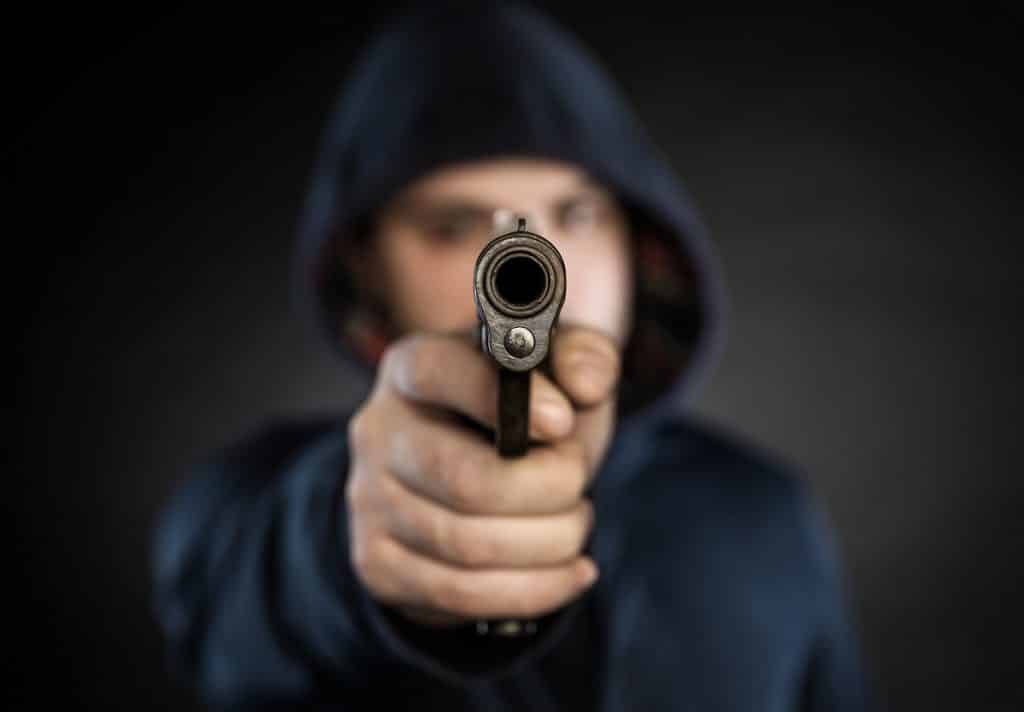 A recent tragic reminder about why warnings and warning shots are often fruitless is the recent case of Pedro “Pete” Cain of Norfolk, Va. Cain was visiting with some neighbors when a young woman came up to the group and asked to use a cellular phone on in late May of this year, according to the Virginia Pilot. She was told there wasn’t one available, but Cain was concerned that she was actually casing for a robbery and went back to his apartment to retrieve a handgun.

Cain’s suspicion was correct, and soon after returning with the gun, a man wearing a bandana appeared with a handgun. Cain aimed at the man and told him to drop it.

The man began to comply, but suddenly fired, hitting Cain in the abdomen. Cain was taken to the hospital but died of his wounds. Five people have been arrested for their roles in the robbery. The alleged shooter, one David Barrington, is facing a charge of 2nd degree murder as well as ancillary charges.

This isn’t to say it’s Cain’s own fault he was killed; it was the murderous criminal’s fault. However, it may well have turned out different had Cain merely fired. The shooter may have wound up on a slab, Cain’s fiance wouldn’t be mourning his loss and his son won’t be growing up without remembering his father.

Shoot To Stop The Threat 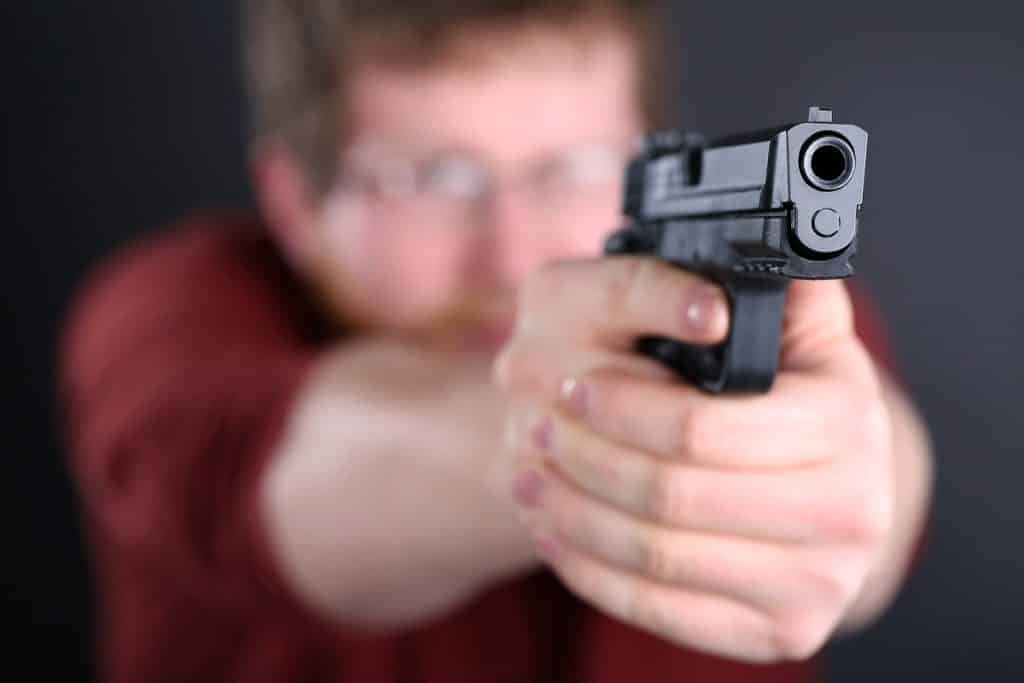 If you are confronted with a real and honest threat to you or someone else’s life or posed with a threat of serious bodily injury by a person bent on doing evil, shoot to stop the threat. Don’t try trick shots to the kneecap, don’t resort to warning shots. Verbal commands may work, but as can be gleaned from the Cain case, won’t always.

It certainly isn’t the case that you should shoot first and ask questions later. The threat has to be real and reasonable. But it is the case that if presented with a real clear and present danger, shoot until they stop.

If the danger is real, drawing and shooting will be justified. Since the best place for bullets is inside an attacker, there’s no danger of ricochets or bullets landing somewhere they shouldn’t after being fired in the air. Best of all, you’ll probably get home alive.