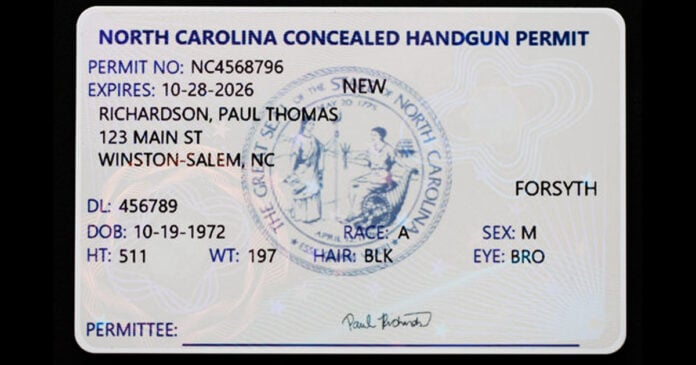 On top of receiving the paper permit, new applicants will receive a durable permit card made from a plastic, laminated material.

“We continue to bring 21st century technology and convenience to our residents. We are the drum major for change for the greatest community in the world,” said Sheriff Bobby F. Kimbrough, Jr.

It is great to have a physical card to show that a person is a licensed CCW holder, but how are we in 2021, and these are not the norm? Sheriff Kimbrough, Jr. elaborates on 21st-century technology, but really though, this is surprising to hear this county did not already have physical cards.

Hearing they only had paper permits is quite intriguing considering the time we are in. The aforementioned technology has already been on the way with, say, the state of Louisiana, which already has the “LA Wallet App,” which can hold not only a digital driver’s license but soon the Louisiana Concealed Handgun Permit.

What does your county and/or state provide for a valid CCW license?

NYC issues a hard card with photo and hologram overlay, but it also includes the make, model, serial number, and caliber of the firearms you’re allowed to possess. Separate licenses are issued for handgun premises licenses (to only keep at home & transport with trigger lock in locked case and ammo separate to/from a range), limited or restricted handgun carry, handgun carry license (extremely rare), and a card for shotguns & rifles for which an individual paper registration receipt for each long arm must be also carried along with the hard card.