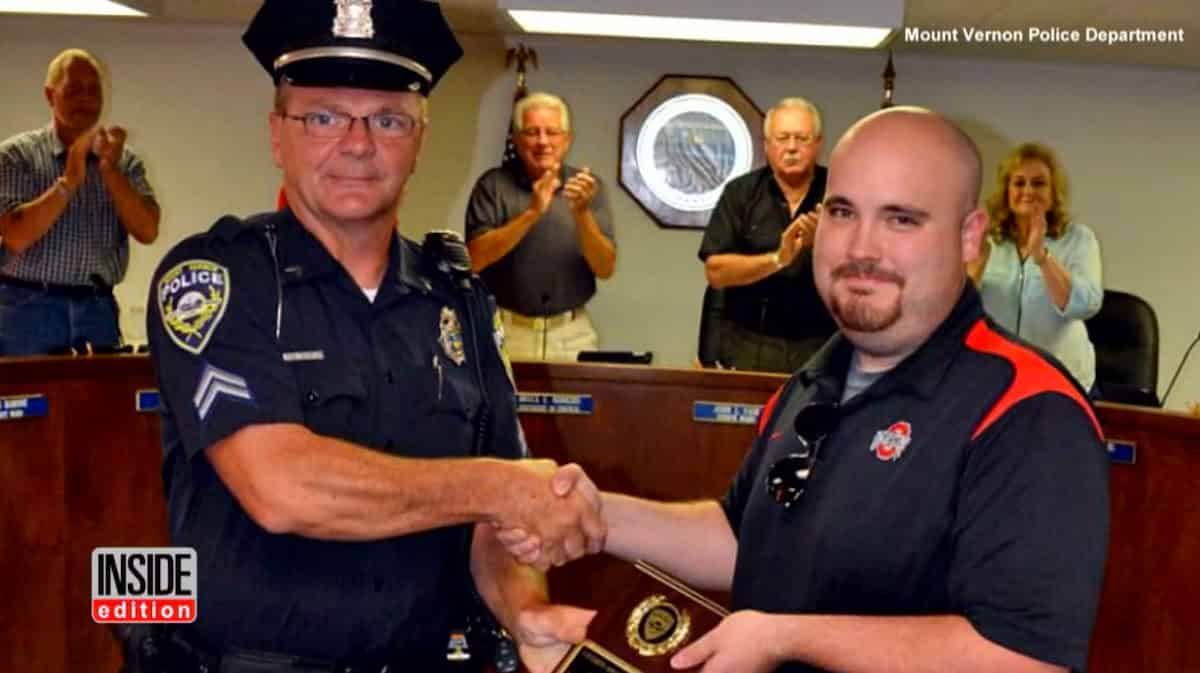 What would you do if you saw a police officer fighting for his life? Would you draw your weapon or reserve yourself to being a good witness? While that’s a situation most CCW holders never find themselves in, an Ohio man was rewarded last month for taking action when he saw an officer in trouble.

The incident occurred last year when Mount Vernon police officer and 14-year veteran Cpl. Michael Wheeler was attacked by a homeless crystal meth addict and found himself pinned to the ground on his back. His radio had been torn off his shoulder leaving him unable to call for backup.

“I’ve never been in that situation before,” Wheeler said. “I’ve always been able to take control of a situation.”

To make matters worse, Wheeler said the assailant was reaching for his firearm.

“I pulled him in close to me to try to restrict his range of motion,” Wheeler said. But the suspect just kept “trying to reach my belt.”

That’s when Dylan DeBoard appeared with his handgun drawn.

“I didn’t know if he was pointing at me or him,” Wheeler said.

Mr. DeBoard declared he had a concealed weapon permit, the suspect put his hands in the air, and Cpl. Wheeler was able to flip the suspect over and handcuff him.

DeBoard was awarded by Cpl. Wheeler with the city’s Citizen’s Award of Valor, and also with Wheeler’s eternal gratitude.

“Every time I see him I let him know how much I appreciate what he did,” the officer said. “I wish a lot more of society would do what he did. There were people standing around, but they were just watching. I kept wondering why people didn’t do anything.”

What do you think of Mr. DeBoard’s actions? Would you try to step in to save an officer’s life? Let us know in the comments!