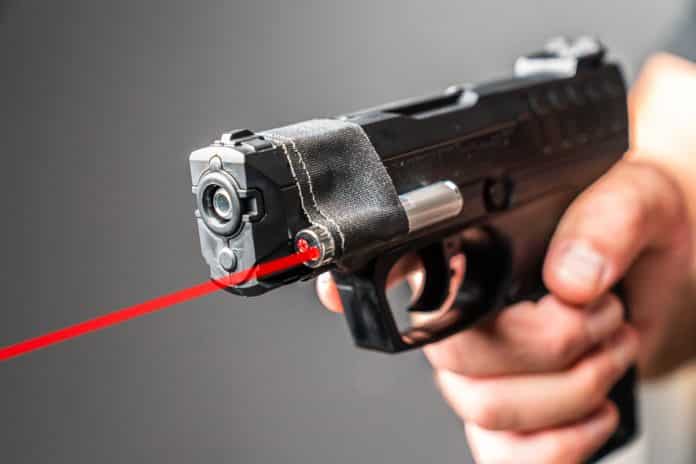 Española, New Mexico has it’s first fatal shooting of the year on Aug. 8 when an “armed” intruder was shot by a homeowner that was armed with an actual handgun.

The incident occurred around 3:45 AM when Natasha Decosta called the police to report that two men were trying to break into her apartment. They had identified themselves as FBI but they clearly were not.

They wound up kicking the door in and entered the apartment. One of the intruders, Darell Padilla, was “armed” with a black pellet gun with a laser pointer taped to the end of it.

Yes, you read that correctly. This genius criminal had a laser pointer taped to the end of a pellet gun…

Well, Alex Lucero, who also lived in the apartment was prepared to defend himself with a real handgun. After hearing the intruders kick in the door, he announced that he was armed. As soon as Padilla entered the living room and Lucero saw this “weapon” he fired, hitting the intruder in the stomach.

It is reported that Lucero proceeded to try and stop the bleeding using a makeshift tourniquet. Padilla was transported where he later died.

I think this is the perfect example of, “Play stupid games? Win stupid prizes.”