As an everyday concealed carrier, I’ve gotten pretty adept at spotting a potentially bad situation. Has this led to me missing out on some great opportunities? I’ll never know. However, I know that my responsibility to be a law-abiding citizen and not get drawn into conflicts with others has inspired me to write a list of people who I tend to see get drawn into conflicts.

I avoid conflict whenever possible. The only reason I need to be in a conflict is if my life or the life of my family is in danger. Below is just a short list of the people I steer clear of to make that job just a bit easier.

We all know at least one loudmouth. The Loudmouth is a guy or gal that has no filter and has no inhibition about telling just about anyone how he or she feels. There’s nothing wrong with honesty but sometimes — just sometimes — giving an unsolicited opinion can get some adverse consequences.

For the majority of loudmouths I know, they are usually just trying to be comfortable and feel out the crowd. For some, though, they purposefully seek to dig in and instigate conflict where there was none before. As a concealed carrier, when I can see someone purposefully goes out of his way to make derogatory comments to others or myself, I avoid that person if I can.

As much as I like watching YouTube videos touting the latest high-energy public prank, these are about the last people you need to deal with as a concealed carrier. People who routinely go out and intentionally instigate reactions from others are asking for a wide gamut of responses. There have been guys who “pull pranks” for YouTube lulz that ended up getting severely beaten as a result of their “social experiments.”

If that describes your buddy or someone you regularly hang out with, it’s probably a good idea to keep your distance. You don’t need that sort of additional potential for violence cropping up in your life.

A lone drunken idiot is pretty manageable. A group of drunk idiots is downright dangerous. Don’t underestimate the amount of stupid courage one man can muster when egged on by his friends and fed enough whiskey. Just ask the Scots.

As a sober concealed carrier, however, this is a nightmare in the works. Because you never want to use your gun unless you feel your life is threatened, it’s essential to avoid situations and certain types of people to give yourself the best odds of never needing to use your concealed carry pistol in self-defense.

A drunken idiot that thinks he has a license to put his hands on you or push you around is in for a rude awakening. It’s best to let him sleep it off rather than make decisions he can’t undo later on.

In these politically turbulent times, sometimes it’s best to stay out of the fray. There’s nothing wrong with expressing your political opinion or freedom of speech — in fact, those two things are arguably central to our system of governance as the Second Amendment. However, the last thing a concealed carrier needs to deal with is getting caught up in the fray when protests turn violent or nasty.

Let’s take the protests in Oregon that happened in February of 2017. A concealed carrier was arrested after he was allegedly harassed and attacked by protesters. He had a hard time proving that the seventy people around him were throwing objects at him and pushing him. More importantly, the police didn’t buy it and saw his actions as negligent.

It’s a whole lot easier to avoid the mess altogether. Legally, that concealed carrier lost his ability to carry a gun, paid a whole lot of fines, legal costs, and court costs. He was lucky to get out without prison time. Let’s not let that happen to any of us.

It’s easy to spot dudes in the rough part of town sporting gang colors and hanging out on the front stoops of worn down buildings. Those are natural places enough to avoid. However, it’s more than just urban gang bangers that I avoid as a concealed carrier. Anytime I see a someone sporting MC colors or MC logos for Hell’s Angels, Outlaws, etc., I take a step back.

Just realize, any time you see a guy or gal sporting colors (gang supportive or gang affiliated), they’ve got a target on their back. If a rival gang sees them, they’ll ask’em to take’em off. If that doesn’t work, they’ll try to physically remove them. There are exceptions — like funerals and maybe weddings — but ultimately it’s a dangerous thing to be near.

Hanging around with people that draw conflict to them is a recipe for disaster for a concealed carrier. Even if you do manage to avoid the conflict, you know it’ll only be a matter of time before you’re drawn back in.

Gun fights, in the real world, are legal, physical, emotional, and medical nightmares that are guaranteed to leave lasting marks on the participants — and those around. As responsible concealed carriers, we’re obliged to protect ourselves. But, it’s just good common sense to avoid people and situations where we know it’s a known risk of getting drawn into a fight.

The five types I’ve listed above isn’t a comprehensive list by any stretch. If you feel I left someone out, give them up in the comments section below.

Avoid any trouble at all costs. Some think that carrying implies not having to avoid trouble…Even the best of cases one will end up spending thousands, losing work time and probably your gun. If you have good situational awareness, use it. Be the gray man. Also be aware of people looking for a marque. If you’re awake, you can see it.

Those are good tips, but the basic remedy is to use good judgement and common sense. As concealed weapons carriers in today’s society, we have accepted a legal, moral and social responsibility which places us on tenuous ground. Not that we have to, or should, spend our days walking on eggshells, we still have to view our actions and our environment with a discerning eye. I try to avoid trouble at all costs, and not just because I carry a gun, but also because I simply like to be left to my own devices and don’t have the time nor the wherewithall to become embroiled in bullshit I don’t need. Not just because I carry a gun, but also due to past training and experience I can be a very dangerous person when provoked. So, instead of placing myself in a situation which could have very negative results, I keep a very low profile. I know what I am capable (or incapable) of, and I don’t need to go out and prove it, or associate myself with those who may force me into doing something I don’t want to. God knows we have to deal with enough stress, crap and drama during a regular day. I don’t want to have to pound somebody into mush, or put a bullet in somebody’s eye because I needlessly placed myself in a compromising position. Walk away, count to ten, breathe, go have a Coke and a smile, vent to your buddy how you really wanted to end some a**hole, then continue about your merry. 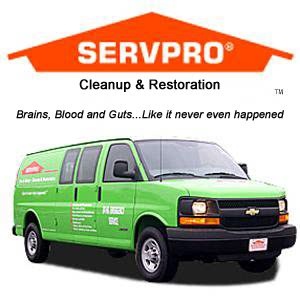 6. Your boss at the corporation
7. cops – some will kill you, then shrug when the forensic tech digs out your carry permit.

The lice-infested, punk thug “protestors” in Oregon should have been rounded up and charged–not the concealed carrier. If I was cop there, I would have told the guy to go home. He certainly should not lose his carry rights.

Mr Holt , also stay away from THOSE areas of town where even the cops don’t go , or if they do , it’s in numbers and heavily armed . Iowa10 , I agree. I think that the cops have been ordered not to interfere with the protestors. That or they’re afraid of them …

Silly article. Other than knowing better than to walk into a violent demonstration carrying a firearm, I don’t spend any time trying to filter my daily interactions based on the fact that I carry. I will exercise the appropriate amount of discipline and caution that goes with the situation, not try to find only safe situations.

Good advice. Never travel with racists, drunks, dopers and fools. Never share a foxhole with someone crazy brave. Stay away from areas that are known trouble spots, being safe means just that, don’t go hunting trouble or dare it to come when you should have known better.

In other words, use common sense when carrying.