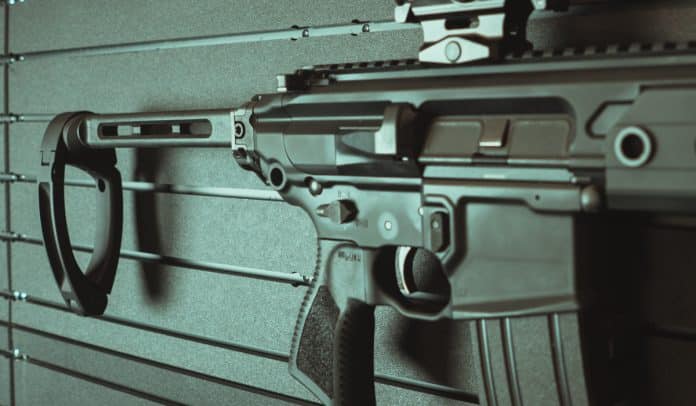 In the past ten years, pistol braces on AK and AR pistols were of a certain amount of concern for the ATF. And there’s a rumor that they’re up to their old shenanigans again. Whether it’s true or not is hard to know, but if you own or intend to purchase such a weapon sometime soon, this is something to be aware of. 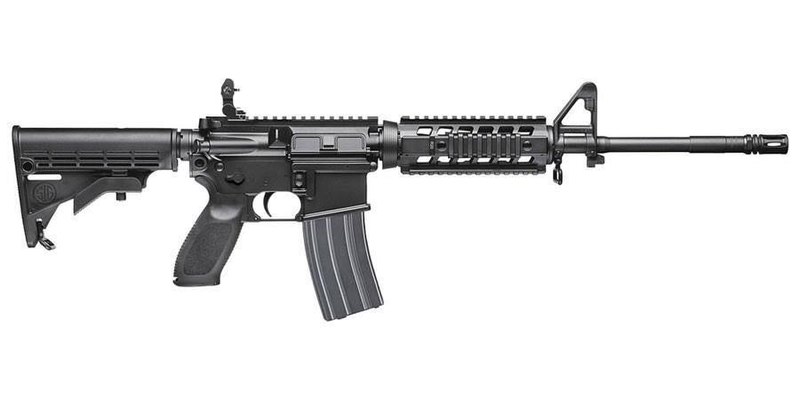 As most of us are probably aware, rifles and shotguns with a barrel length of less than 16 inches (or overall length of 26 inches or less) are prohibited by the National Firearms Act, unless you submit an application for an NFA tax stamp along with $200 for the privilege.

Now, what differentiates an AR pistol or AK pistol (this is 2020, don’t be Krinkshaming) from a short barrel rifle (or SBR) is the presence of stock that is used to shoulder the weapon, as well as a vertical fore grip, which you can’t put on an AR pistol or Krink.

In other words, if it comes with a stock that’s intended to be shouldered, it’s an SBR as far as the alphabet boys are concerned, and that will be $200, please, or you will not pass Go.

Some years back, an AR pistol or AK pistol was considered an SBR even if you didn’t shoulder it, and even if it didn’t have a stock to speak of, folding or otherwise. Around that time, a few different companies devised the now-commonplace pistol braces, which are intended to brace the arm and not to be shouldered.

In 2014, the ATF issued a memorandum stating that an AR pistol was not an SBR, even if fired from the shoulder using a brace, and there was much rejoicing.

Unfortunately, anti-gun groups and elected officials decided that was unacceptable, and began gnashing their teeth and rending their garments, so the ATF changed their tune.

In 2015, the ATF issued a new memorandum, stating that while you could purchase an AR pistol or a Krink, you had better not shoulder it or else you’d wear the Bracelets Of Shame and find yourself charged with a felony because shouldering means a stock and a stock means you’ve converted your pistol to an SBR.

However, the proliferation of pistol braces eventually caused them to (somewhat) see the light and, in 2019, issued a new memorandum, which they declared the “final ruling.” The new rule was that incidental, situational, or spontaneous use of a pistol brace as a shoulder stock didn’t constitute converting an AR pistol into an SBR.

And the Lord did grin, and the people did feast upon the lambs, and sloths, and carp, and anchovies, and orangutans, and breakfast cereals…point being fewer people were harried with an arbitrary and capricious regulation.

Is The ATF Back On That Business Again?

The ATF’s stance on pistol braces has been in the news again lately due to some rumors. Whether those rumors are true remains to be settled, but this is a good time to reflect on the fact that some gun laws are fluid, rather than static. We’ll get into that in a second, but first, we go to the rumor mill.

The rumors in question came from Congressman Matt Gaetz. Per the article on his website, Gaetz announced on his podcast that the ATF was considered a secret rule that would restrict “one arm brace model owned by over 700,000 Americans.” He drafted a letter, which was co-signed by six other members of Congress, and sent it to the ATF and the Department of Justice to get some clarification on just how the ATF makes their rules on things.

DOES the ATF consider making secret rules? Or is Gaetz a grandstanding blowhard (he has a history of flagrant stunts) who’s trying to manufacture controversy ahead of the November elections?

Hard to know for sure. They might, they might not, and he may be totally sincere in his outrage.

However, what you can definitely know for sure is that the ATF does – for good or ill and mostly the latter – reconsider and revisit their policies from time to time, as technology, markets, and the political landscape evolves and as events unfurl.

Some Gun Laws Are Fluid

The Firearms Blog spoke with the CEO of SB Tactical, the company that pretty much invented the stabilizing pistol brace, who opined that while Gaetz’s revelations “seem alarming, it is, in fact, nothing new.” SB Tactical and other manufacturers communicate and work with the ATF to provide technical guidance about pistol braces, how they’re measured, how they work, and so on, so the agency can have a better understanding of the product and what they do and so on.

So, setting aside the more salacious implications (tinfoil intensifies), what you can definitely take away is that the ATF reviews and may periodically revise their guidelines at any time; what they ruled in 2019 is not set in stone and may change at some point.

As far as secret rules…they actually can’t have secret rules. Standard operating procedures that the public isn’t aware of, sure, but secret rules…no. Not only that, but two executive orders from late 2019 preclude the ATF from enforcing a policy that isn’t public knowledge.

Does this mean new pistol brace policies might be coming?

It’s mysterious why the pistol braces are such a priority both for gun control advocates and for the ATF, given how little crime is committed with short- or standard-barrel rifles. However, as the philosopher Collins observed, this is the world we live in.

If you own a braced AR or AK pistol or intend on buying one, be prepared for the possibility that you’ll need to get a tax stamp for it due to regulatory shenanigans.