Pistol-Whipped Pizza Customer Fights Back – With His .45

by Mike Doran
in Articles, Self-Defense
39 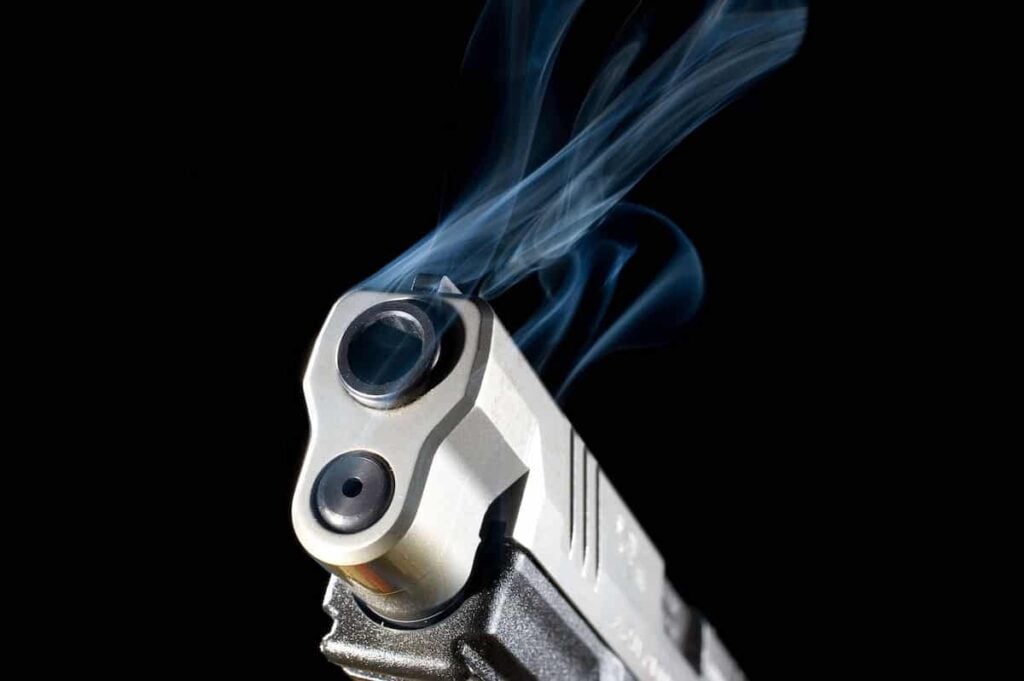 If you ever have a hankering for late night pizza, be sure to bring your sidearm. One customer found he needed his last Tuesday when two armed men attempted to rob Porfirio’s II Pizza and Pasta in Levittown, Pa.

The two men entered the pizzeria and began yelling demands to the two employees and the customer, who raised his hands and backed away.

“Everything happened so fast. Everything got crazy,” Porfirio’s co-owner Alex Lara said.

The armed robbers, later identified as brothers Shawn and Justin Rose, pistol-whipped the man, knocking him down.

“When the armed suspect looked away for a moment, the customer pulled out a .45 caliber handgun from beneath his jacket. He shot the man who had just pistol-whipped him once in the torso, killing him,” District Attorney Matt Weintraub said.

The man then shot the second robber twice, sending him through the pizzeria’s door.

That second robber was Justin Rose, who is alive but listed in critical condition.

“He was pistol-whipped,” said Forman. “They were very aggressive. He was in imminent fear of his life, and believed that was his only option to get out of there that night.”

Video surveillance captured the entire ordeal on tape and the customer will not face charges even though his license to carry had recently expired.

“He is a lifelong, law-abiding citizen and yes, you do get credit for that. A business owner who had the gun solely for his own protection and thank God he did,” Weintraub said.

The brothers, it turns out, were using airsoft guns.

Moral of the story: remember to renew your license and always carry!