There is significant debate over the issue of printing while carrying concealed. Here, we analyze the legal and practical considerations regarding printing. 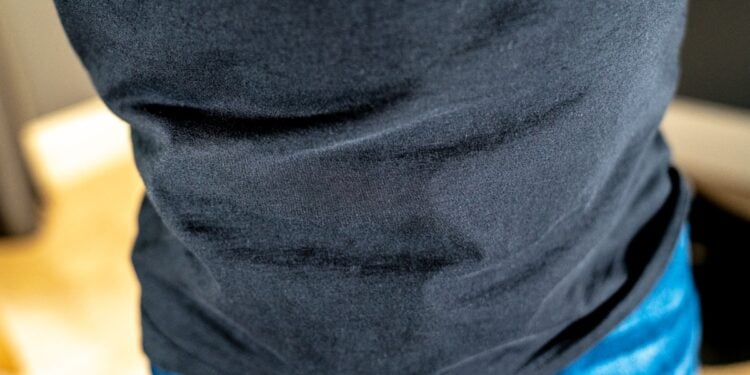 There is a lot of debate, and certainly a good deal of misinformation, regarding “printing.” This term refers to the perceptible outline of at least some part of a handgun through the concealment garment. Like most debates in the firearms community, there are extremes on both sides. Some claim that printing does not matter at all as the general public is completely oblivious to it. Some argue that concealed means concealed and that there should be no trace of the weapon when concealed on the body. The legalities of what is permissible are also debated. As usual, the truth probably resides somewhere in the middle.

Most shall issue states also allow open carry, but not all. Most states do not clearly define concealed carry, but more often define open carry as the handgun being plainly visible. Therefore, a handgun that may be visible as an outline printing through a cover garment is not likely to cause any legal complications in states which allow open carry as long as you have a carry permit if that state requires one for concealed carry. A handgun that becomes exposed in states that forbid open carry may, indeed, can cause issues, but just printing is unlikely to attract attention, but you never know who is observing and what level of trouble they may be willing to cause you. Indeed, it is arguable that keeping the gun well concealed in states that do not allow open carry is perhaps more important than those that do.

In the minds of some, printing becomes confused with brandishing, and these two acts are entirely different. Brandishing refers to the act of intentionally displaying the weapon to elicit a response from someone. Granted, there have been incidents where people have incorrectly inferred that an armed citizen was acting threatening towards them simply because they saw a weapon, but brandishing is usually not a conclusion that can be drawn from merely the sight of a printing handgun.

Again, however, the ill intent of an individual who is opposed to concealed carry is always a possibility and one of several compelling arguments for keeping handguns adequately concealed. Printing, however, does not constitute brandishing a weapon, but obvious printing can arguably open you up to attention that you may not want.

Personally, I fall towards the “concealed means concealed” end of the spectrum, but I will say that environment has a great deal of influence on my decisions of how deep my concealment needs to be. In rural or even suburban environments where carrying a gun is not unusual and where non-permissive environments are limited, carrying a full-size handgun under a t-shirt that may occasionally print if you twist or turn a certain way is usually not an issue. The public is, generally, quite oblivious to such things. Being in places where any hint of a gun can draw unwanted attention, however, should arguably change your approach. While I do not advocate carrying where you legally can’t, there are plenty of places that are legal to carry concealed, but the surrounding culture frown upon it and in such places deep concealment is often the best policy. A stranger in public becoming aware that you are armed can leave you open to allegations that may not have your best interest in mind.

Beyond possible legal ramifications concerning printing, the sheer practicality of the matter should be considered. For most of us that carry concealed, we realize that the hidden handgun has two great assets: the first is the effectiveness of the handgun as a weapon of personal defense compared to other options that can be realistically carried on the person.

But the second significant advantage of the concealed handgun, of course, is the element of surprise. I have no intention of wading into the debate over open carry, but it is undeniable that a concealed handgun has certain tactical advantages. While the public, in general, is quite oblivious to noticing printing, we should consider that those who may indeed notice are likely to be individuals who are dangerous. Being careless in your concealment can result in tipping off a criminal actor that you are indeed armed. This can lead to not only the loss of the concealment advantage but can draw dangerous attention to yourself.

The other demographic of people who are far more likely to notice printing than generally oblivious citizens is, of course, law enforcement. One of the reasons I am a believer in keeping my carry gun well concealed is to avoid attention from law enforcement even though I am perfectly legal in my carry. Any interaction with law enforcement, when they suspect you may be armed, is something to be avoided. This is not a criticism of law enforcement; they approach such situations with the utmost scrutiny. However, tense situations can lead to bad outcomes. How much easier to just avoid any such situation through being well concealed. Therefore, while I agree that the general public is not likely to notice some mild printing, proper concealment is a safeguard against interactions with those who will notice.

So, what level of printing is acceptable? The only possible answer, I propose, is based on the environment. Under almost any garment, except perhaps heavy jackets, some printing is possible when you move around. I am always entertained when certain people tell me that they carry their full-size pistol with no printing. A simple glance at their mid-section clearly shows the butt of the pistol in the appendix position. Will the average person in public notice? No. Will anyone who knows what to look for notice? You bet.

When in environments that are friendly to carry a little bit of inevitable printing is usually not a problem. The nature of printing varies as well. The heel or slide of the gun making an innocuous bump that could be any number of things is less of a concern than a shirt that is too tight and clearly displaying the form of a pistol. Ambiguous bumps usually prove no issue in friendly environments. However, when in locations that may put you under deeper scrutiny by people who could make an issue out of the fact that you are carrying a gun, deep concealment is the obvious choice and printing should be mitigated to the lowest possible level.