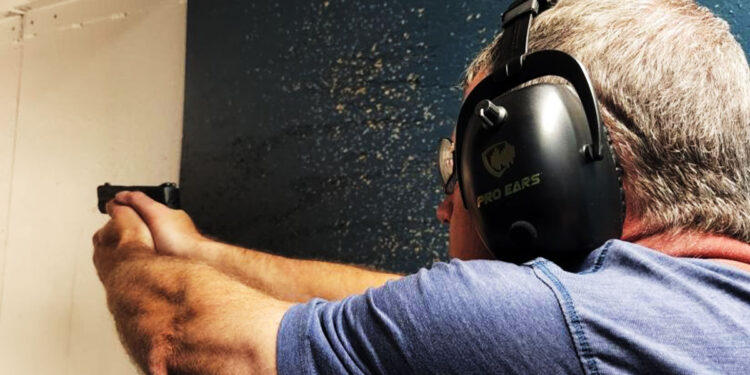 So, I have been on a quest to find hearing protection that actually works in an indoor range. I wanted something that blocked out the extra noise from an indoor range but was still comfortable and allowed me to hear what other people were saying. If you have spent much time at an indoor range, you know exactly what I am talking about because, at some point, you have been in the lane next to the guy with a cannon. Until now, my go-to has been the Howard Leight Impact Electronic Shooting Earmuffs. They only have a noise reduction rating (NRR) of only 22 and come with a basic pair of foam ear cushions that are not very comfortable if you have them on for an extended period of time. The comfort part can easily be overcome by buying a pair of gel cushions, but as far as the noise reduction, you are stuck with a measly NRR of 22.

After trying out a few different models, I accidentally stumbled upon this company called Altus Brands that makes Pro Ears.

And when I say accident, I do mean by accident. I had bought a pair made by a company called PROHEAR that claimed they had a 30 dB reduction, which they did, but the electronics were terrible. When I was searching for PROHEAR warranty information, Google tried to correct my spelling and up popped Pro-Ear. It surprised me they are based in Michigan, so I called them to get some information. I ended up speaking with the owner of all people, Gary Lemanski and got quite the education on hearing protection.

To get the extra hearing protection I was looking for, many shooters double up by using both earplugs and earmuffs. However, that was not an option I wanted to deal with. Most electronic models have an NRR rating of around 22 to 24. Pro-Ears makes a model called Pro Ears Gold II 30 with an NRR of 30, and I could definitely tell the difference in the reduced noise. However, the best part was I could still hear other people talking. 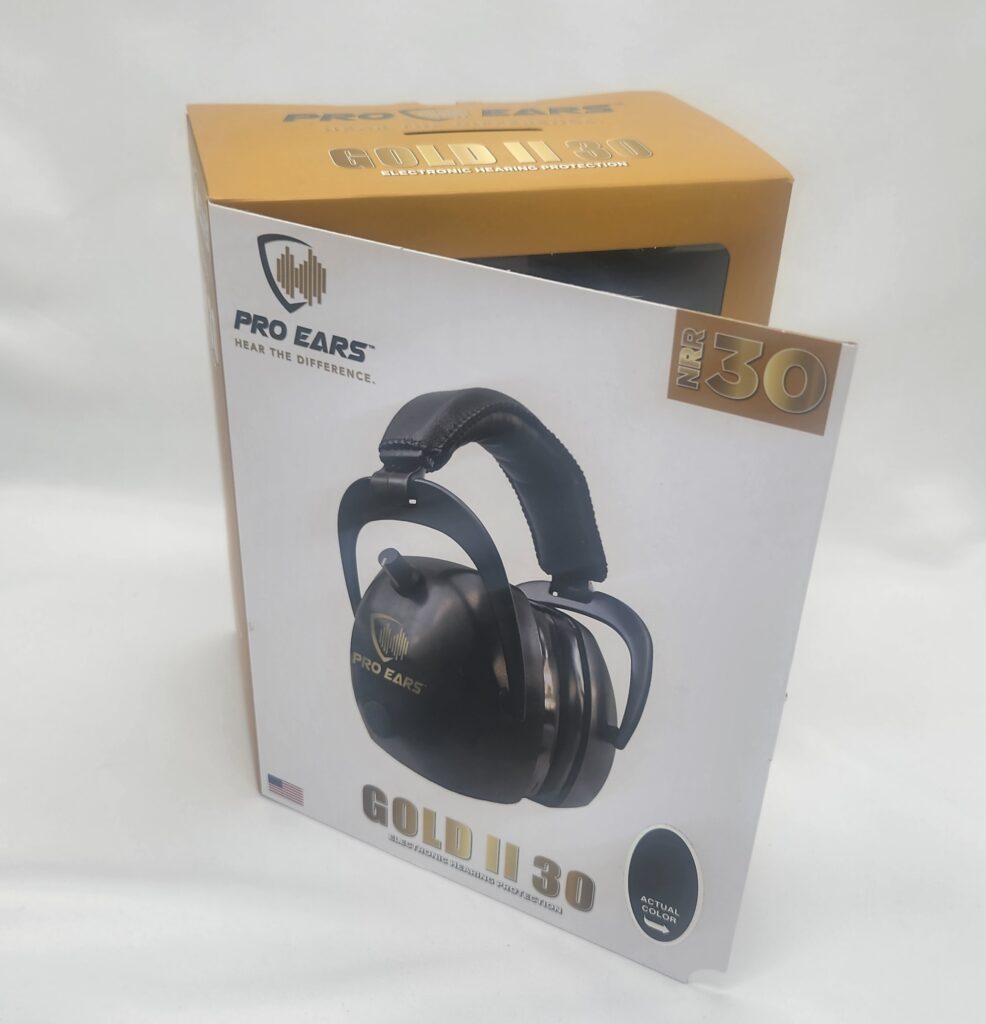 With most electronic hearing protection, the amplification is turned off when there is a loud noise, like a gunshot. Manufacturers frequently refer to this as clipping. You essentially have a pair of passive earmuffs at that point, blocking out everything, including what other people are saying. With clipping type of technology, you cannot hear range commands or interact with someone. It drives me nuts when I am trying to talk to a student, but can only hear every few words because of the gun blast.

Pro-Ears solves that problem with Dynamic Level Sound Compression Technology (DLSC), and it’s unbelievable what a difference it makes. Instead of completely turning off the amplification, it still boosts someone’s voice but cuts out the boom of a gun. You can continue your conversation even with other people shooting in the neighboring lanes.

These were also very comfortable right out of the box because they came with gel-filled ear cushions, so I didn’t need to upgrade them as I did on models from other manufacturers. After a few hours out on the range, standard foam ear covers can get extremely uncomfortable. Even with shooting glasses on, the seal was fantastic, and they blocked out unwanted noise.

Most electronic over-the-ear hearing protection has one main electronic board that controls both sides with a single volume control. Pro-Ears uses a separate board, microphone, and volume control for each side. Suppose you have some hearing loss in one ear. In that case, the independent volume controls will help you balance things out and separate electronic boards are a reason these perform as well as they do. A single board design has to compensate for sounds coming in both microphones simultaneously, whereas two separate boards can handle the processing much more effectively.

Granted, these are more expensive than your typical hearing protection, but this is one time it is well worth the extra cost, plus they are made in the USA. Needless to say, my search is over for replacement hearing protection for an inside range.

We collect information from many stores for best price available