Walking Through Horror: The Realities of Mass Murder and Terrorism 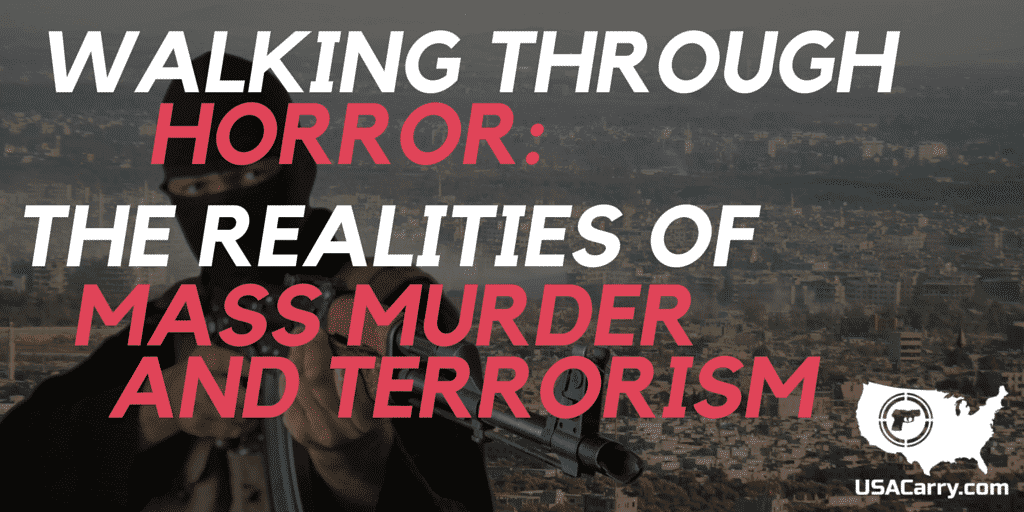 This is quite probably the most serious piece I’ve ever had to write. By  now we’ve all heard about the tragedy and atrocity that came to pass in San Bernardino.  I’m sure that most of us have heard the discussion about what to do next.  Many solutions have been proposed—generally involving banning something or someone. However, the truth about terrorism in the US is complicated, and the process of preventing it perhaps even more complex.

The White House is touting the terrorist watch list, suggesting that folks so identified shouldn’t be allowed to buy firearms just as many of their other rights are restricted.  This might sound good, but in reality nearly 50% of the people on such lists have no known terrorist affiliation. The fact is that the process of getting on—and off—the list is obtuse, and the very existence of the half-dozen or so terror watch lists has long been protested by politicians both left and right. With over a million names—again, half of which are likely not terror-related at all—its usefulness is at least limited.  Curtailing any civil liberties held by any person based on this faulty measure is at least suspect from either a Constitutional or an ethical standpoint.

The picture complicates further when we look into the actual nature of terrorism in the United States. According to the Global Terrorism Database hosted at the University of Maryland, explosives, fire, and vehicle-based attacks cause far more casualties per incident than attacks involving firearms. (I looked through GTD’s online database, but you don’t have to; there’s a pretty decent breakdown with interactive tables here.) The GTD reveals another reality: relative to most of the world, terrorist attacks simply aren’t that common in the US. We’ve structured decades of foreign and domestic policy around a couple of horrific, high profile incidents—and we need to stop, immediately.

Perhaps ironically, things get similarly complex when we limit the question to mass shootings. In researching this article, I found a New York Times editorial written by an editor at Mother Jones magazine—so the source is as leftist as leftist gets—in which the writer admits that keeping count of the actual number of mass shootings in the US is difficult.  Questioning the narrative of “more than one  mass shooting per day in 2015”, the writer notes that the actual number may be as few as four mass shootings this year. This is a stark contrast to the commonly cited 350+, so what could explain the discrepancy? The author also addresses that:

What explains the vastly different count? The answer is that there is no official definition for “mass shooting.” Almost all of the gun crimes behind the much larger statistic are less lethal and bear little relevance to the type of public mass murder we have just witnessed again. Including them in the same breath suggests that a 1 a.m. gang fight in a Sacramento restaurant, in which two were killed and two injured, is the same kind of event as a deranged man walking into a community college classroom and massacring nine and injuring nine others. Or that a late-night shooting on a street in Savannah, Ga., yesterday that injured three and killed one is in the same category as the madness that just played out in Southern California.

There’s obviously a lot more to it, and I encourage you to read the full editorial. No, I don’t agree with Mother Jones on most things, but they raise an important point. We’re in a position where it’s difficult to get the facts straight so that we can make informed decisions, and such decisions are vital. We’re playing with questions of civil rights, individual and collective freedom, and the character of our nation.

I hope we choose liberty, tolerance, and civil rights.  As always, I welcome  your thoughts as long as the discussion remains civil. And until then, stay safe out there.

Don’t Tip Your Hand: How to Avoid Revealing Your CCW

Don't Tip Your Hand: How to Avoid Revealing Your CCW