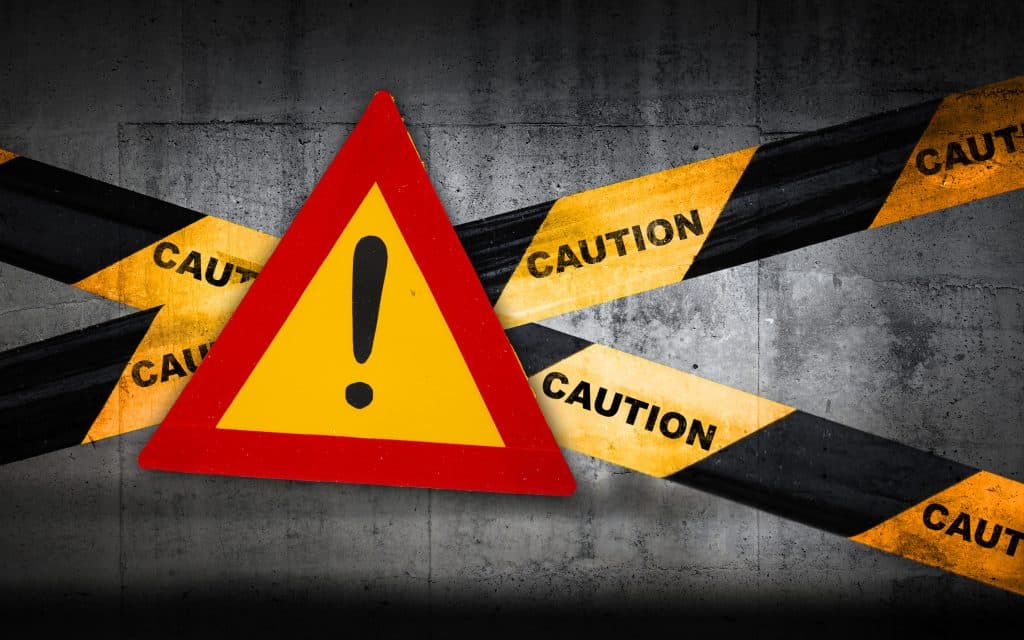 There’s no such thing as a typical relationship. There’s always going to be a learning curve when meeting someone new. This discovery process is unique for any two given people, but it always includes the other person looking for ‘red flags’ or signs that the relationship isn’t what he or she anticipated.

In this article, we got together some points from the perspective of a concealed carrier. In addition to the typical red flags that indicate a certain someone isn’t the right fit, here’s a couple more that should let you know you may need to pay close attention to how this person will work with your defensive mindset.

#1 Constantly Has Face Buried In Phone

This should be listed as a legitimate syndrome. It’s not healthy. I was in a relationship at one time with a woman who insisted on photographing everything we did for Instagram and Facebook. It was insanely annoying from just a basic relationship standpoint. Add to the fact that I don’t like my personal life broadcasted across social media for anyone to view. I knew this was going to be a big issue for me.

This should be a red flag that your potential significant other isn’t keeping his or her mind in the present. They are too busy showing others their life that they are unwilling just to embrace and live it. Furthermore, there’s also the significant risk that if they have their face buried continuously in their phone, they will never have the time to look up and react in the event something drastic happens.

Somewhat related to the previous point, this same girlfriend also loved to text and drive. She would drive, turn around to talk to me, and then occasionally put her attention towards what’s happening out the front windshield. This drove me up the wall. It also drove plenty of other drivers crazy, too. So much that on a few occasions, drivers would purposefully cut her off and hit the brakes. I honestly couldn’t even get angry at them. If she had been paying attention instead of slipping between lanes while looking at her cousin’s Instagram, this probably wouldn’t be a thing.

That said, as someone who carries a concealed handgun, I was legitimately worried on a few occasions that a pissed off driver would try to take it to the next level and run her off the road or force her to pull over. When I was with her, I never saw anyone try to run her off the road, but she said it’d come close. I believe her. I also saw that as just one more big red flag that we would either have to work through this habit or carry on.

“I don’t get it. Why does anyone need to own a gun? They just hurt people.”

I can’t tell you how many times I’ve heard this phrase said condescendingly by someone I’m sitting across the dinner table from in a nice restaurant. I don’t bring up guns, usually. I wait for my date to bring it up. I want to hear her opinion before I give mine. And when I get a response similar to what’s above, my immediate response is to ask if she’s ever fired a gun before. If she says no, I offer to bring her to the range sometime so she can try it out.

A person’s willingness to try out a new concept — especially one that allows her to take charge of her own defense — is a huge turn-on in a relationship. If she’s completely unwilling or uninterested, it indicates to me that she’s not interested in anyone else’s viewpoint than her own. She’s made her own myopic view of the world, and that lens doesn’t shift for anyone. Well, that’ll be someone else’s problem.

#4 Calls You Out For Carrying Concealed In A Public Place

It’s one thing to disagree with someone as to where he or she carries a concealed handgun; it’s another to call your significant other out in public. That’s an immediate red flag. There’s a time and a place for a discussion of firearms within a relationship — in private. If my girlfriend or serious partner disagrees with my decision to carry a gun somewhere, like a movie theater or family get-together, then that’s a discussion we should have prior to her saying something to me in front of other people.

Thankfully, that situation has yet to happen. It’s still something to watch for and note.

Demanding relationships are their own issue altogether. When he or she demands every waking moment of your life be dedicated to them and their needs, it becomes a soul-draining experience quickly.

#6 Escalates Conflicts With Others

The number one massive red flag for any concealed carrier in a relationship is a partner’s propensity to escalate unnecessary conflicts. This is a huge risk factor for anyone carrying a gun. Even if you’re the most level-headed man or woman in the world, seeing your partner go off the chain on some random person over nothing can create a world of havoc for both of you.

It’s always good to have someone in your life that has passion and fire. It’s an important aspect. Misdirected at others or potentially aggressive tendencies can place you at risk. You can be put into a situation where you are forced to defend the person you care about all because that person couldn’t leave well enough alone.

As a concealed carrier, pride comes a distant second to safety. The safety of yourself, your loved one, your family, and, heck, even those people around you should always play a constant factor in your decision making. Partners, significant others that continually put you in high-risk situations are not going to help you in the long term.

Just because you may see one, two, or even four of these red flags in your significant other doesn’t mean you need to hang up the entire relationship. Spotting a red flag that can place you or your loved one in jeopardy is an opportunity to avoid a trap. As Thufir Hawat once said, “the first step in avoiding a trap is to know of its existence.”