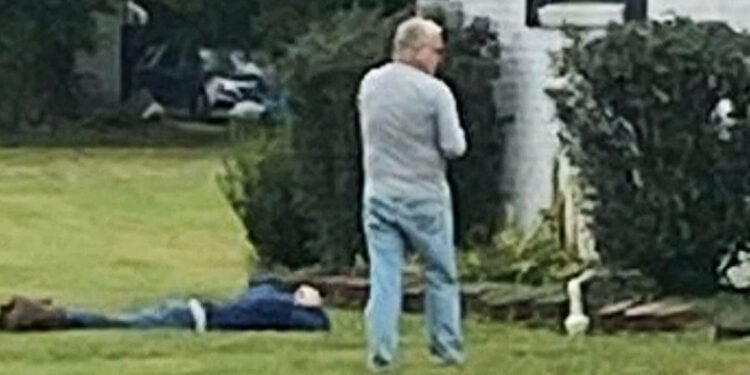 “I, for one, am not going to stand around and let thugs and drugs take over our community.” That’s what a retired teacher had to say to the media after finding a man trying to break into his daughter’s home.

The suspect was first seen in a West Virginia neighborhood around 9 AM. A woman was inside her home when she heard her car door open. When she looked out the window, she saw a man who “looked a little out of his mind” walking on her porch. She put her daughter in her room then the man tried to get in through her front door. It is unclear if the door was unlocked or if he forced his way in. Luckily, the family’s dog jumped at the man, who then ran off. The woman then called 911 and her neighbor.

Another man who lived in the neighborhood received a phone call from someone stating the suspect had been seen going toward his daughter’s home nearby. His daughter wasn’t home, but his wife was there babysitting their grandkids.

“That made it even more special to me,” he said. “They’re not going to bother my grandbabies for sure,” via WSAZ.

The man armed himself and went to the daughter’s home to investigate. He found the suspect trying to enter the home through a basement. The suspect attempted to flee, but the man was able to get the suspect to lay on the ground. He then held him there at gunpoint for about a half hour until the police arrived.

“The man definitely would have gotten away if Mark hadn’t been here and done what he did for us,” one neighbor said. “We thank him very much, and luckily that man is not out running doing the same things to other people,” via WSAZ.