Is It Safe to Store Guns and Ammo in a Hot Car? 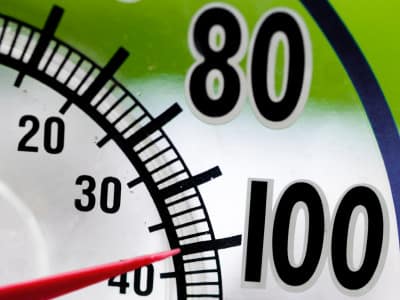 Is It Safe to Store Guns and Ammo in a Hot Car?

Recently, we had a heat wave in Southern Utah and there were a string of 100-degree days. Thankfully, I’m a little bit north of Las Vegas so it didn’t get to 110, but it was still extremely hot. When it gets this hot over the summer I often get several questions about storing a gun and ammunition in a car, and if it’s safe to do.

Let’s start with storing ammunition first. If you’re using quality factory ammunition then you can store it in your car all summer long and it won’t be a problem. A lot of people believe that if it gets too hot in the car the ammunition will explode and you’ll have the Fourth of July inside your vehicle.

But the fact is, it has to be over 400 degrees inside your car in order for the ammunition to “explode.” And if it gets that hot in your car you’re probably not on Earth, but in a place governed by a fellow with horns and a pitchfork.

The big problem when it comes to storing ammunition in the car is humidity.

If you live on the east coast then you know how tough the humidity is. Walking from your house to your car in the morning can leave you drenched in sweat. But as I mentioned a minute ago, if you’re using quality factory ammunition (which is sealed) you still won’t have a problem.

The problem is when people reload their own ammo and they buy inexpensive primers that aren’t sealed. This allows moisture to get in and cause the round not to function.

Like ammunition, the major problem with storing your gun in your car is humidity.

If you have a 1911, you might find a gun with a lot of rust on it after a summer of sitting in your vehicle. However, if you’re absolutely dead-set on storing your gun and ammunition in your car in the heat a simple solution is to put them in a small cooler.

I know a few folks who put them in a cooler and they tell me this solves the problem and they’ve never had an issue with humidity or a rusted gun. Personally though, the only time I leave my gun in the car in the heat is when I’m running an errand to the post office or I have to go to the courthouse or some other place where I can’t bring a gun. Otherwise, I prefer not to leave my gun in my car for extended periods of time (mostly because I don’t want to take the chance of someone stealing it) but obviously, you can do what suits your comfort level.

The ABC’s of Gun Cleaning

The ABC's of Gun Cleaning