What was meant to be a light-hearted tweet to recognize the El Paso County Sheriff’s Office staff that processes concealed carry permits caused much backlash on Twitter since last Friday.

The photo shows a law-abiding citizen applying for his Colorado concealed carry permit. So why did this spark outrage on Twitter? Because it was posted three days after a Michigan school shooting. How the two are collected is beyond me. 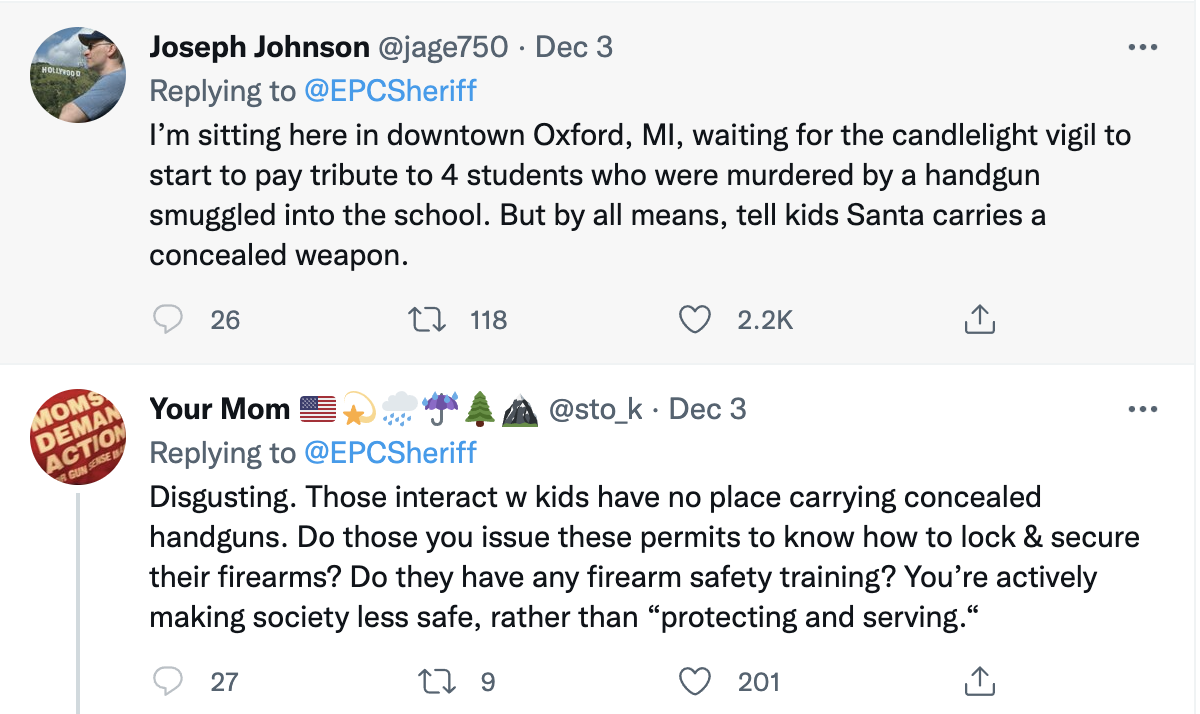 One reply mentions waiting for a candlelight vigil for the four students that were killed. My sympathy goes out to the victim’s families, but again, I don’t understand how the two are related. The shooter of the Michigan school shooting obtained the handgun from his parents as a Christmas present, and it was stored in an unlocked drawer. This is a picture of someone obeying the laws and applying for a concealed carry permit. Completely unrelated.

A second tweet says anyone interacting with kids shouldn’t be carrying a concealed gun. Excuse me? So all the parents out there that are carrying concealed to protect their family shouldn’t because they had kids? I just don’t understand the logic.

I was happy to see that they didn’t delete their tweet after the backlash. Instead, they kept the post up and replied a few hours later:

EPSO intended to highlight our staff in the Concealed Handgun Permit Office, not to be insensitive. Santa correlates to the month of December and we thought he would help to recognize our hard working staff.

So sound off in the comments below. Are you okay with Santa carrying concealed? If he does, I just hope he checks our reciprocity maps!

Your Phone is a Part of Your Defensive Toolset