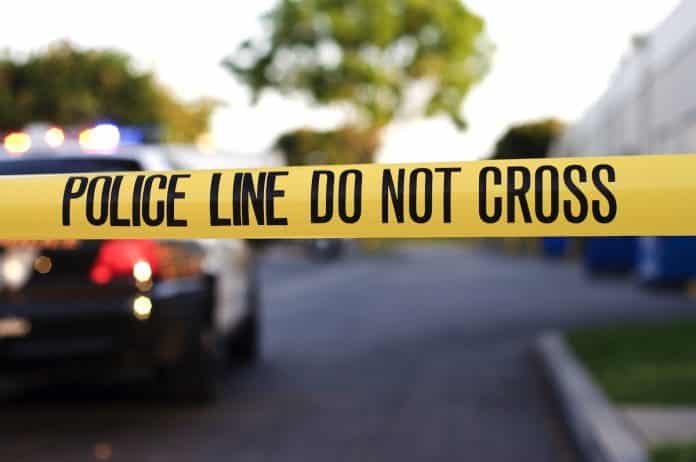 A 67-year-old grandpa and his 10-year-old grandson were leaving a McDonalds around 6:30 one morning last month when a man carjacked the grandpa’s pickup truck. As the thief sped away with his truck, the man and his grandson began walking down the sidewalk.

After a brief distance, the carjacker made a U-turn and started heading back toward the victim and his grandson by driving north in the southbound lanes. As the carjacker got closer to the pair on the sidewalk, he veered onto the sidewalk and apparently tried to run them down. He hit the grandpa but missed the grandson.

The hero of the story is a uniformed deputy driving his personal vehicle who witnessed the truck strike the man and then crash in a nearby yard. The deputy ran after the suspect. After some kind of altercation occurred, the deputy shot the suspect. He later died at a hospital.

“We don’t know a lot about the shooting at this point. I can’t get into his mind, but I would say that if you make a U-turn and drive into opposing traffic into a sidewalk, I would say it’s pretty apparent what your intentions are.” VIA STL Today

The grandpa was also taken to the hospital with non-life-threatening injuries.

The police spokeswoman when on to say that the suspect used some type of weapon to rob his victims of their truck but the type is still unknown.

Wow, just when you think you’ve heard it all…. This is why it is important to have a safety/self-defense plan beyond just owning a firearm. The grandpa obviously did the right thing, whatever that was, during the initial carjacking since he and his grandson walked away from that but who could have possibly expected the thief to turn around and drive the wrong way through traffic to try to run down his victims?

I can’t offer a defense against this one except to keep your head up and be aware of what’s going on around you. The truth is there are crazy, dangerous, unpredictable people out there. They are a small percentage to be sure but the damage one can do can be catastrophic.

Don’t casually dismiss any odd behavior. Snap into condition orange and form a plan to move to safety immediately.