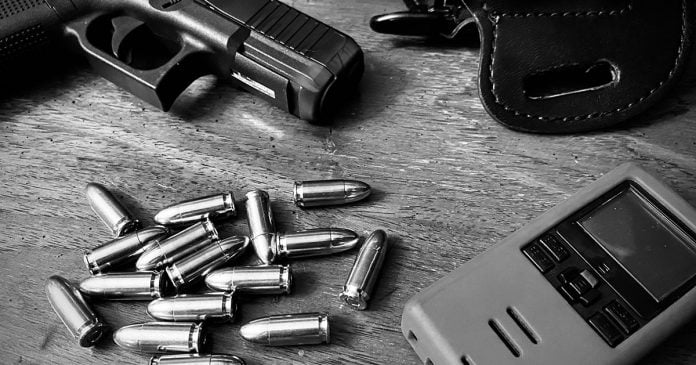 Last year, I found out that Jared Reston (Reston Group) has a class near me for the fall. In browsing around the website for the course description, I stumbled across his rifle and pistol standards. Being the guy I am, I knew I was going to have to give them a try.  At first glance, the pistol standards look pretty mild compared to some others.

The course of fire calls for using an IDPA target or similar with an 8” circle scoring zone. Any target with an 8” circle will do, which is a logistical dream come true. Technically a B-8 could be used since the 8 ring is 8”. Even a sheet of printer paper with an 8″ circle on it would get the job done in a pinch.

There are only 4 strings of fire. One at 25 yards and the other 3 strings are all at 7 yards. It took me about 5 minutes to set up, shoot, and score it. You will need two magazines. One loaded with 15 rounds and the second with at least one round. In today’s ammunition market, the low round count is a blessing.

The course is meant to be shot cold, so no warm-up and no prior shooting that day. It should also be shot with actual carry gear or duty gear if you carry it in a professional capacity. I was shooting a Glock 45 carried in a Safariland 537 (GLS) under a closed front cover garment.

Scoring is pretty simple. Everything has to land inside the 8” circle; if it doesn’t, then no pass. I thought I had this in the bag because I can hit an 8” circle all day long from the involved distances. Even with time constraints, that is pretty easy work. However, ammo that cost nearly $1 a round, my laziness towards dry fire, and my proclivity for shotguns lately mean I am not as good as I was a year ago.

The 25-yard string is shot first. It is 6 rounds in 20 seconds. The time is generous, but my time management skills are not the greatest. I went faster than I had to and missed half of my shots outside the -0 of the IDPA target I was using. That means I failed on the first string but decided to keep going anyway. You might as well see how bad this can get.

The next string of fire is 1 round in 1.5 seconds at the 7-yard line. That is not a blazing time standard, but neither is it slow. It requires someone to have a good handle on what they are doing. It should be within reach of anyone willing to put in a little work.

Next up is a 7-round string from the same distance in 4.5 seconds. This also isn’t incredibly fast. Assuming1.5-secondond draw to first shot that leaves 3 seconds for the remaining 6 rounds. That means we only need about half-second splits. That is assuming you can throttle back enough to shoot at that pace. I usually don’t. I have a bad habit of pushing shots high on long strings of fire, not being patient enough for the front sight to return. This string was not an exception, I let one slip a little high outside of the -0.

The last string of fire is a 1 reload 1 drill. As I understand the instructions, the amount of time being measured here is the split (time between shots) to see how long the reload takes. Anything under 2.5 seconds is good to go. A 2.5 second reload from concealment is respectable but isn’t going to set any records.

I made the time with a couple of tenths of a second leftover loading from a front pocket. If I had used those couple tenths, I probably would have been able to keep the hit where I wanted it. But no, I had to Ricky Bobby it and careened uncontrollably into the wall coming out of turn 4. It was a demoralizing defeat. 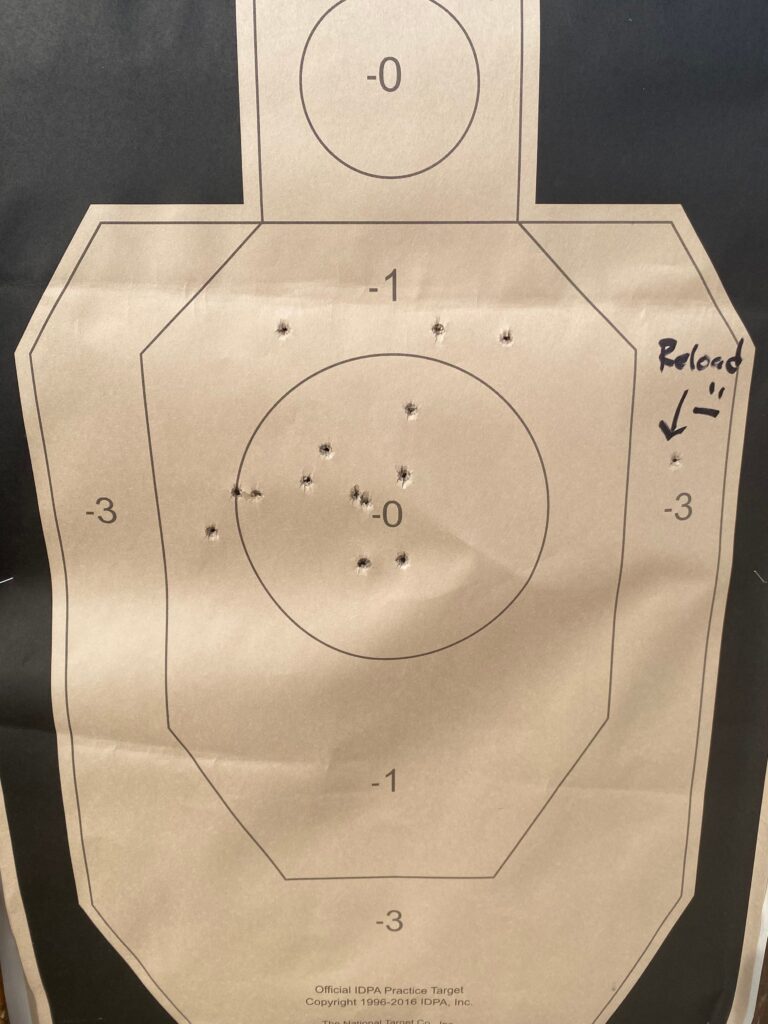 Needless to say, it wasn’t my best day of shooting, and the standards proved more difficult than they looked on paper. I should have seen it coming given the lack of attention I have given pistol shooting over the past year. Even though the pistol standards hit me square in the jaw, I really like them. They are logistically easy to shoot, low round count, and land on a good balance of hard enough to be interesting, but not an unreasonably high standard. If someone can pull these off cold, they are sitting in a good place skill wise. Not the top of the heap, but further from the bottom than the top.