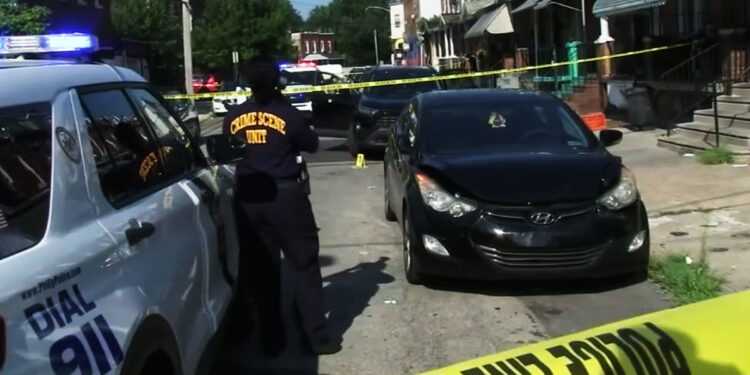 Police were to corroborate a man’s story about shooting in self-defense after finding something lodged into the suspect’s gun.

A man was walking down the street in Philadelphia, PA, around 6 PM this past Wednesday. Some type of verbal confrontation started between him and someone driving a vehicle. It seems the vehicle was following him as the police said he was circling the block while engaged in some sort of verbal contact.

A 27-year-old man got out of the vehicle and brandished a weapon. That’s when the shooter, who had a valid concealed carry permit, drew his gun and fired at the suspect.

The suspect was hit multiple times in the chest, where he later died at the hospital.

The victim cooperated with the police and stated he shot him in self-defense. And the police found a bullet lodged in the suspect’s gun, which backs up the victim’s story.

“There is a projectile presumably from the shooter’s gun embedded into the gun of the decedent, and it’s still there, which lends credence to the information that we received from the shooter that he was shooting in self-defense,” said Pace via 6ABC.

We don’t know what led up to this shooting. This could have been a robbery attempt, or maybe the two parties knew each other. Regardless, the victim was armed and prepared to defend his life, and it seems that is precisely what he did. And this is why we carry. If he didn’t have a gun to defend himself, he might not be living to tell his story.

Draw and Reholster Techniques When the Gun is Below the Waistband