Single Action Revolver For Self-Defense?! It Could Actually Work

Though today they are basically thought of as curiosities, a single-action revolver is actually a very viable self-defense gun. Available calibers range from the flying ashtrays of former eras (.44 Special, .45 Colt) in reproduction pistols and modern single-action magnums of incredible power. Read on... 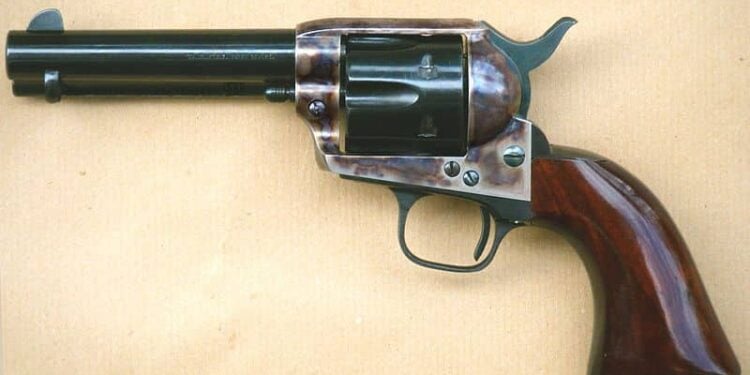 You can actually use some interesting firearms for self-defense, including a single-action revolver. Some would rubbish the idea out of hand, and for obvious reasons. They are anachronistic to be sure. However, they are more viable than you’d think.

Single-Action Revolvers In The Modern Era 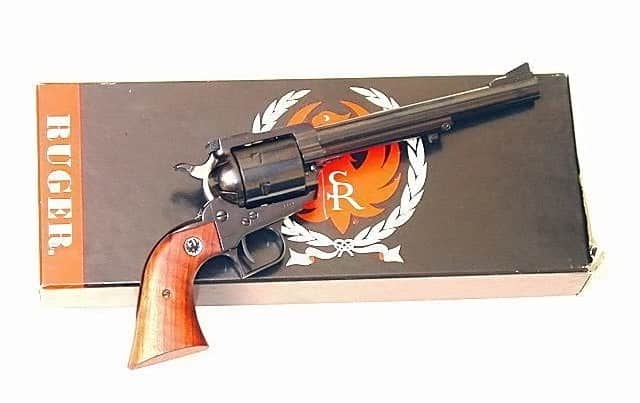 We all know that the single-action revolver was used by plenty of people to defend themselves in previous eras, so it’s not that they can’t be useful. However, there are a few things to know.

Today’s single-action revolvers basically come in two flavors. You have reproduction pistols, working carbon copies of older handgun designs such as the Colt SAA or Remington 1858 and then you have serious single-action pistols favored by handgun hunters and magnum junkies.

The latter, such as the Ruger Blackhawk, Freedom Arms revolvers, the Magnum Research’s BFR and Linebaugh custom pistols, are built to take bone-shakingly heavy loads that can drop an elephant. Some members of this class of revolver actually have.

The former, however, are more common. Cimmaron, Pietta, Uberti and so on (even Ruger offers one, the Vaquero) make working reproductions of classic guns of bygone eras. However, these have certain drawbacks.

They aren’t capable of magnum loads, so standard pressure or cowboy/black powder loads only, please. Most lack a transfer bar, so you have to carry with the hammer down over an empty cylinder. Some, though, have a safety device that does allow for carrying with all six cylinders loaded, such as a hammer-blocking cylinder pin found on many Uberti models.

You can pretty much forget concealed carry. The cylinder is usually wider than a K-frame’s, and even the SAA clones with a 3.75- or 3.5-inch barrel have a 9-inch OAL. So unless you conceal in a high-riding belt rig under a jacket (which is actually more period-correct than the low-slung Buscadero rig you see in movies), you can pretty much forget it. 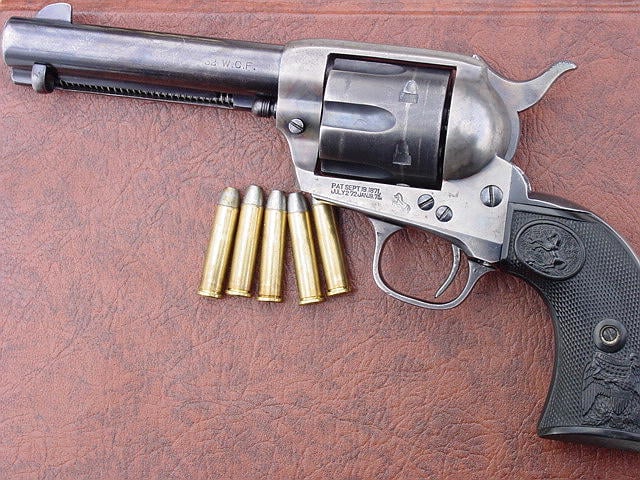 In other words, flying ashtrays. That’s okay, though; plenty of people swear by .45 ACP, and that’s what that those are.

Standard pressure loadings in .45 Colt and .44 Special are proven defensive pistol calibers and are fairly available, so those are the best to acquire. Some hollow point loads in .44-40 are made, but good luck finding any on store shelves.

Reproduction pistols in .357 Magnum must be treated with caution, as the manufacturer will have recommendations about pressure levels. Most .38 Special should do just fine, though.

Modern single-action guns (Blackhawk, Freedom Arms) laugh at factory ammo. So, if you wanted a stout gun for a stout load…those are the type to get. 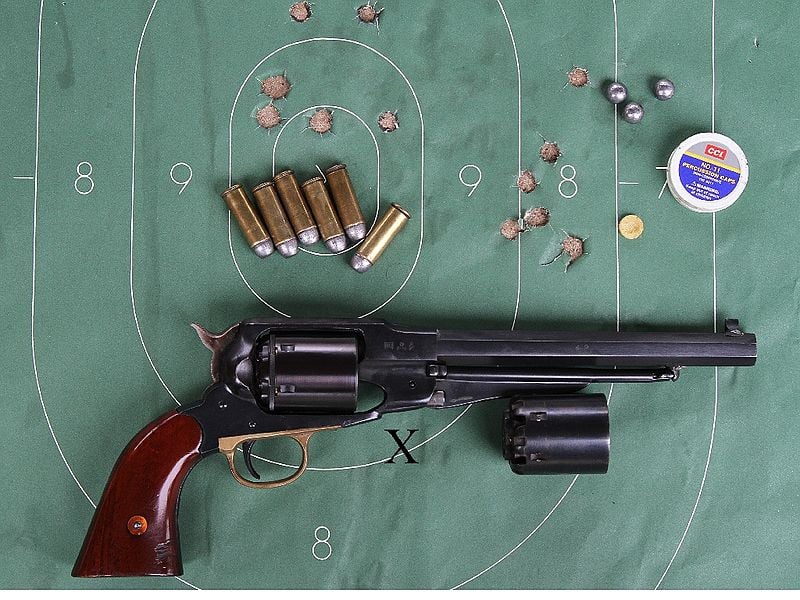 As far as combat shooting with a single action, you need to forget what you’ve seen in the movies. You don’t ever fan the hammer. You won’t hit a thing, and you’ll just hurt your hand.

You use a two-handed technique. The shooting hand firmly grasps the grip, curling the thumb down toward the middle finger. Trigger technique is the same as normal; you use a smooth, straight pull like with any other gun. Cocking is done with the support hand, pulling the hammer all the way down and returning to rest on the shooting hand. You cock the pistol as you get it back on target, ready for the follow-up shot.

You can get unbelievably fast with some practice.

The sights can be merely adequate or awful. However, those who have handled a SAA know how ergonomically excellent they are, and how intuitively they point. The old combat point shooting methods work very well with single-action revolvers as a result, though the pronounced front sight blade will lend itself to a decent front sight picture too.

So, could a single-action revolver make for more than just a range gun? Absolutely.

DON’T DO THIS: Man Fires Warning Shots at Neighbor [VIDEO]

Why You Should Be Shooting Steel Targets and Some Guidelines

Why You Should Be Shooting Steel Targets and Some Guidelines