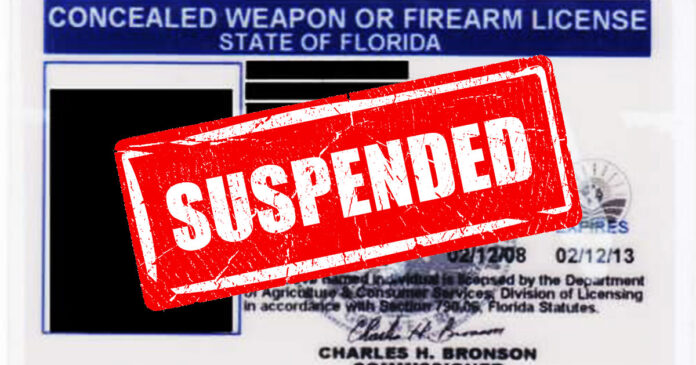 Nikki Fried, Florida AG Commissioner, suspended six more concealed carry permits on top of her initial 22 suspensions in relation to these individuals in the Capitol Riot this year.

“When we announced the initial 22 suspensions earlier this summer, we made it clear that this would be an ongoing effort and that additional suspensions and revocations would be issued as additional charges were filed and sentences rendered,” Fried said via Tampa Free Press.

Despite Fried also making these decisions before a verdict, it shows that as concealed carriers, there must be a realization that involving ourselves in situations like these can land us on the wrong side of the law.

It can be agreed that it is unfair to strip these individuals, whose charges mainly are disorderly conduct, trespassing, and obstruction, of their right to carry. On the other hand, we have to consider being a responsible gun owner on a surface level.

We all know what the 1st Amendment is, but the situation turning into a riot at the Capitol is more than likely not a good thing to be involved in even as a properly licensed gun owner.

Again, although we have a right to protest, it has to be realized that actions really do have consequences when people above you do not share the same ideologies.