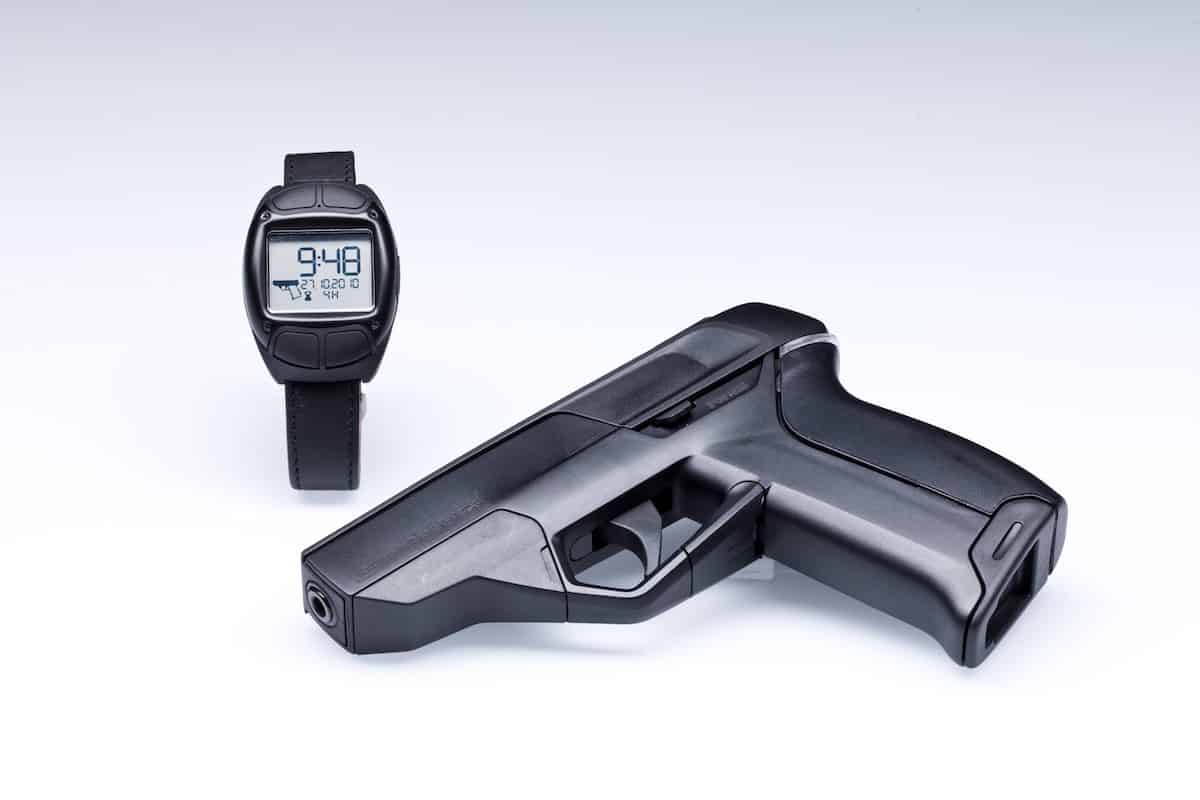 In November of last year, Kurt Knutson appeared in a segment on Fox News where they investigated new “Smart” gun technologies to see if they worked. The company that was tested was iGun Technologies and they had a modified 12 gauge pump shotgun operated by a ring the owner would have to wear to discharge the firearm. In that short clip, Knutson first tried to fire the gun and it wouldn’t fire. Once the proper owner had the gun, it was able to discharge just fine.

So what’s the issue?

The main issue revolving around Smart gun technology is the threat of it being mandated by legislation. Even the owner of that Smart Gun technology said he didn’t want to see that happen. This is predominantly geared for a marketplace that is wary of firearms but would like to have access to them for home defense and daily carry purposes but fear they may get into the wrong hands.

Here’s where the fear factor skids in: President Obama recently introduced measures to “fast track” research into Smart gun technology for Federal agencies. There has been some definite push-back on this measure because Smart gun technology is far from perfect and has been actively developed in a number of ways with each having some shortcoming.

“Police officers in general, federal officers in particular, shouldn’t be asked to be the guinea pigs in evaluating a firearm that nobody’s even seen yet,” James Pasco, executive director of the Fraternal Order of Police, told Politico.

While it hasn’t been said officially, main stream media keeps touting this untested technology as “the future of guns”. Even the word “Smart gun” seems to connotate that it’s somehow more intelligently designed — which is a very bad marketing ploy meant to manipulate potential shoppers, not an actual statement to any of the many companies producing these sorts of firearms.

There’s nothing wrong with “Smart guns”. Development of new ways to bring safety and security to the use of firearms constitutes an arena for innovation. However, when that innovation hasn’t even been battle tested and it’s already leaking into the cracks of the political sphere, there’s plenty to be cautious about.

Guns do not kill people. People kill people. The use of the word “Smart gun” needs to go away entirely. The gun isn’t any smarter than any other handgun somebody buys at the store. If anything, there’s one additional failsafe a gunowner needs to pass through in order to get it work. That constitutes the potential for delay and the potential for weapon failure.

More importantly, we need to stop lowering the bar to the lowest common denominator. Irresponsible people who take the lives of themselves and others into jeopardy with bad practices need training, not another technological crutch. We need to stop breeding a dumber human where the expectations that he or she can act responsibly diminish further and further and start making education about firearms a more common thing.

If instead of spending likely billions of dollars placing Federal agents in harms way with a firearm that could potentially fail them, why not spend a similar amount introducing gun safety into basic education requirements? Sounds silly, right? What if the majority of the populace was routinely taught that firearms are like any other tool and need to be respected. The lives of the person wielding the firearm and the people around that person ought be respected. Those are key lessons that can be educated to, do not require billions of dollars in untested, untried equipment to be introduced, and there’s no legal mandate waiting in the wings to swing down and force law abiding gun owners to adhere to.

The basic rules of firearm safety; you can either educate people on them and dismantle the idea of the gun as a “scary” thing that needs to be feared and live in a much safer society because of it or you can continue to mystify firearms and make them an esoteric subject in the main stream media.

as Jane implied I am startled that a student able to get paid $4929 in four weeks on the computer . view CLCK.RU/9uzt4

As my brother always says, “You can’t nerf the world.”

When the technology is accepted on the battlefield, then it’s ready for civilian use.

Only a dumbass person would want a smart gun. The obvious flaw is that it has an electronic on/off switch. How hard would it be for the government to employ massive on/off technology rendering your gun useless. So before you rush out to buy yourself a piece of the newest technology consider just saving the money and don’t buy a gun anyway. With the government in control all you will have is a very expensive paper weight anyway.

ya thats it emily just give right in, they must love you, the sleepless Americans,

Start making $90 /day for working online from your home for several hrs each day… Get paid once a week… All you need is a laptop, access to the internet, along with some sparetime… TINY.PL/g7d2d

Since almost all firearms used in crimes are illegally obtained, the real question should be can the “smart” technology be defeated? If the answer is anything other than “absolutely not” there is no point in installing it other than to extend national government control over the law-abiding portion of the population.

Are SMART Guns Really Going To Become A Thing?!
YEA!
They are going to be the thing that starts the revolution started when they try to outlaw our current firearms and mandate smartguns only for citizens. AND COMMON – BY NOW YOU GOTTA KNOW – ACTIVE AND RETIRED LAW ENFORCEMENT OFFICIALS ARE EXEMPT FROM ALL GUN CONTROL LAW RESTRICTIONS!

Not really, they are only exempt from having to obtain CCW permits. Still can’t carry on federal property or in self defense prohibited (aka no gun) zones. And still have to comply with areas that restrict magazine capacity. If congress ever gets off it’s a$$ and passes reciprocity like we have for driver’s license and auto licensing retired cops will be on equal footing with everyone else.

I don’t know where you are from, but every law limiting magazine capacity that I’ve seen, exempts active AND retired cops.

As a former LEO I can assure you that I am NOT exempt from ALL federal regs re firearms! If I choose to purchase a firearm, I still must fill out a 4473 at an FFL facility. I am also constrained to local restrictions with very few exceptions. I guess 24hrs after retirement I am no longer trustworthy.

No, just something else to fail, Murphys law. I believe in the keep it simple stupid (Kiss) outlook.

Please hang on for 20 or 30 seconds Mr. Carjacker while my “smart gun” powers on.

If you want a “smart gun”, wonderful! Run out and buy one. Hell buy two. Why should I care? The problem is when some douche who has no idea of the pros or cons presumes to tell me what I should or should not or can or cannot buy for my own pleasure or protection. The same applies to “smart cars” or “smart phones” or anything else.