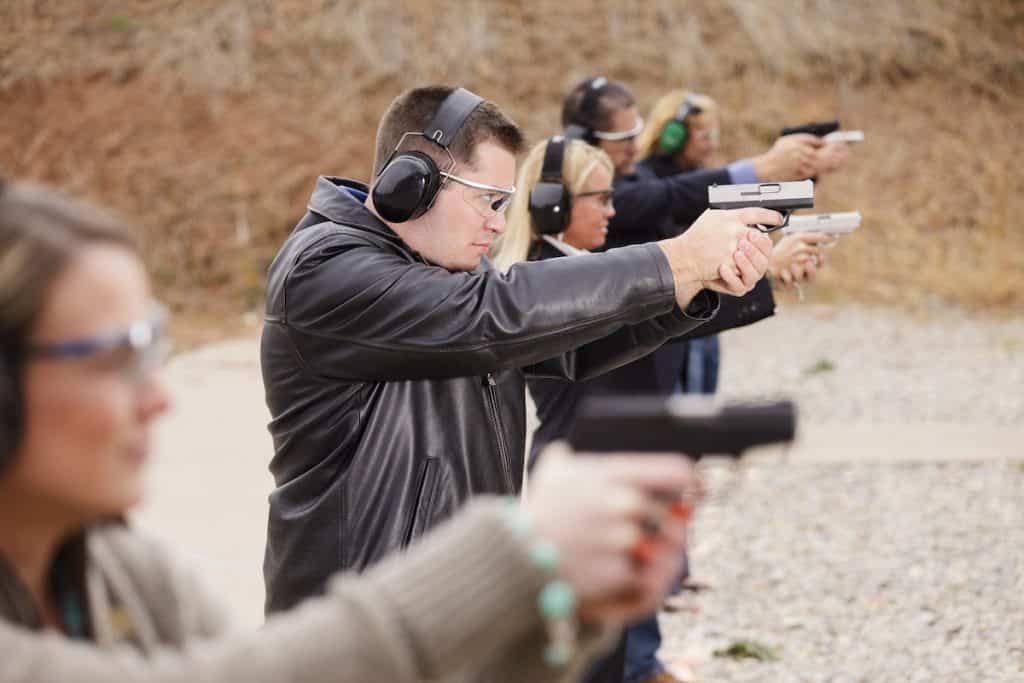 Let me begin by stating that I am in favor of training.  I am a trainer, I regularly receive training, and I compete to put my training to the test.  I analyze my weaknesses and seek more training to eliminate them.  With that said, however, I believe there is a glaring inconsistency within the pro-gun movement that at best undermines progress and, at worst, reveals an incorrect mindset.  The popular saying, “We have met the enemy, and they are us” should give us pause for consideration.

As of mid 2017, approximately 38 states have some form of training requirement to obtain a concealed handgun license.  That translates to just over 75% of the country and a clear majority.  The issue is settled then, right?  A majority of states have training requirements and more people are getting concealed carry licenses, so it must be helping.  But do these state issued mandates actually help or harm the movement?  To answer this question we must first consider the nature of true freedom and then, with that mind, examine the effects of state training requirements.

Often in discussions around guns and legislation someone will proclaim, “It’s about freedom!”  But freedom in what sense?  What is usually meant is freedom from responsibility or the freedom to do whatever I want.  But the fact is, that’s not reality…it’s anarchy.  True freedom is freedom unto responsibility to fulfil our duties before God with all our might.  True freedom is also messy with mistakes/failures and loaded with risk which is something the modern man cannot stand.  He demands all the benefits of maturity but with none of the responsibility.  Furthermore, we see the results of this drive for cradle to grave security in a variety of forms: too-big-to-fail bailouts, national healthcare, gun control legislation, and even state mandated training requirements.  We thus have a choice: slavery which is void of risk (and responsibility) or freedom with all the risks (and responsibility).  There is no halfway point.

The issue of the state wrongly stepping in when men fail to fulfill their duties is not new to us.  Ancient Rome held, “Salus populi suprema lex esto” or “The health of the people is the highest law.”  This was reinforced with Rousseau at the time of the French Revolution when he said, “The general will is always right and ever tends to public advantage.”  However, for Rousseau, the general will was manifested by the state and not by the people at large.  The former Soviet Union carried this idea with their tyranny of the dictatorship of the proletariat and we have it in our country as well.  In every instance, the state moves in to control the people and progressively reduce them to slaves because men fear failure or liability.

By this point you may be wondering what all this has to do with state mandated training requirements.  Based upon what has been presented, these mandates negatively affect concealed carry and the pro-gun movement in the following ways.

First, they cause an atrophy of the human mind with regard to responsibility.  After all, the state has dictated what you have to do in order to carry, so little to no thought is required to pursuing the best training you can find.  Instead, whatever will meet the state requirements is sought and purchased because, after all, “if it’s good enough for the state then it’s good enough for me.”  This has also led to things like online safety training classes which, while minimally helpful, do not have the oversight of an instructor and allow for bad/unsafe habits to continue.  In a similar vein, when was the last time any of us looked for ways to pay more taxes?  Never, as we all seek the maximum lawful ways to minimize our required tax burden.  The same applies to required training.  Similarly, required driver’s education programs have failed to overwhelm us with skilled drivers and safer roads.

Second, training requirements only affect the law abiding.  The criminal by definition does not obey the law.  Often, those most vulnerable are also the ones hit hardest by this because of the high cost to the classes.  This is, incidentally, an area where instructors can make a difference by offering low cost/no cost firearms training.  Therefore, such mandates are nothing more than controls on the law abiding and have nothing to do with ensuring safety.

Third, it reveals something about us when we press for mandated training: that we are statist in our mindset.  By supporting such legislation, we are implicitly agreeing with the gun controllers that some form of regulation by the state is required to ensure our safety.  It is saying that we as a nation will be saved by law rather than by simply enforcing full liability and restitution for our actions.  As a result, we end up arguing with the gun controllers over the amount of control by the state as a matter of degree rather than a difference of kind.  Remember, true freedom means the messiness of mistakes, the possibility of failure, the risks of tragedy, but the blessings of fulfilling our duty.  Someone may ask at this point, “Doesn’t that mean more negligent discharges or bad publicity?”  Not necessarily.  By enforcing full liability for our actions and, more importantly, encouraging duty over anarchistic thinking gun owners will have the motivation to get the training they need and can afford.

Finally, state mandates create an effective monopoly by forcing the gun owner to attend some sort of state approved training to fulfill their duty to defend life (their own, their loved one’s, or their neighbor’s).  While there may be many offering approved training, the fact remains that the market is not permitted to operate freely and the quality of training suffers as a result.  Gresham’s Law states, “bad money drives out good” and likewise, training to state requirements drives out true, preparatory training.  You end up with limited choices based upon bureaucratic whims with the force of law (i.e. coercion) behind them.

I recognize that many reading this actively pursue training.  To those I will say: You understand the responsibility in carrying a firearm for protection and have embraced the mindset to continually improve yourself.  Bravo!  But state mandates did nothing to change your mindset to that end.  It is time we stopped thinking as statists in this area by pushing for legislation that requires training as though that will change the man.  Law has never and can never accomplish that.  Just look at Soviet history to see how it worked for them.

Chris Zimmerman is husband, a father of four, and a strong advocate for the freedom for concealed and open carry. His background is in cyber security, but he is also the owner of Covenant Defense, a Christian firearms training, sales, and service company in western Washington state. You can contact him at info@covenant-defense.com.