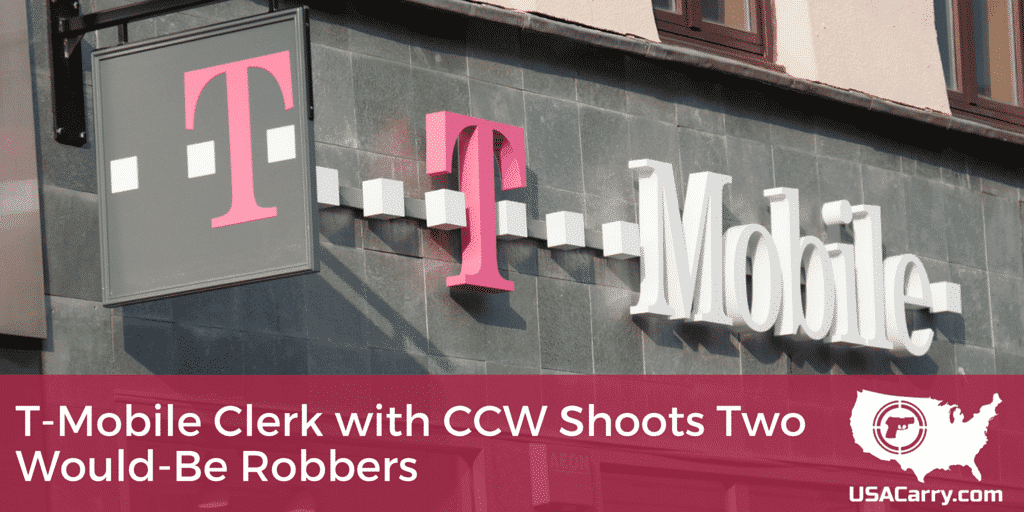 Late Wednesday morning, two would-be robbers were shot by a T-Mobile clerk who had his own concealed carry permit and weapon while working. The shooting took place at the T-Mobile store located at 2051 E. 95th St. in Far South Side, Chicago.

As the robbers walked into the T-Mobile Store, they drew their handguns at which time one of the clerks, with a concealed carry permit, drew his firearm and shot them both, one in the left arm and groin and the other in the left arm and abdomen. The suspects fled and drove to South Shore Hospital where they were moved to Stroger Hospital in serious condition. The store had been robbed several times within the past month.

According to the T-Mobile Regional manager, the company does allow employees with concealed carry permits to carry their weapon at work.

The T-Mobile District Manager Neil Tadros had the following to say: