When Should You Teach Your Daughter to Shoot?

by Liz Woodard
in Articles, CCW For Women, General Firearm
5 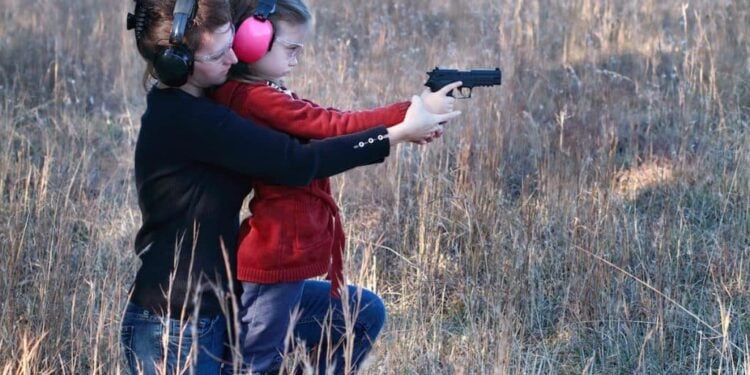 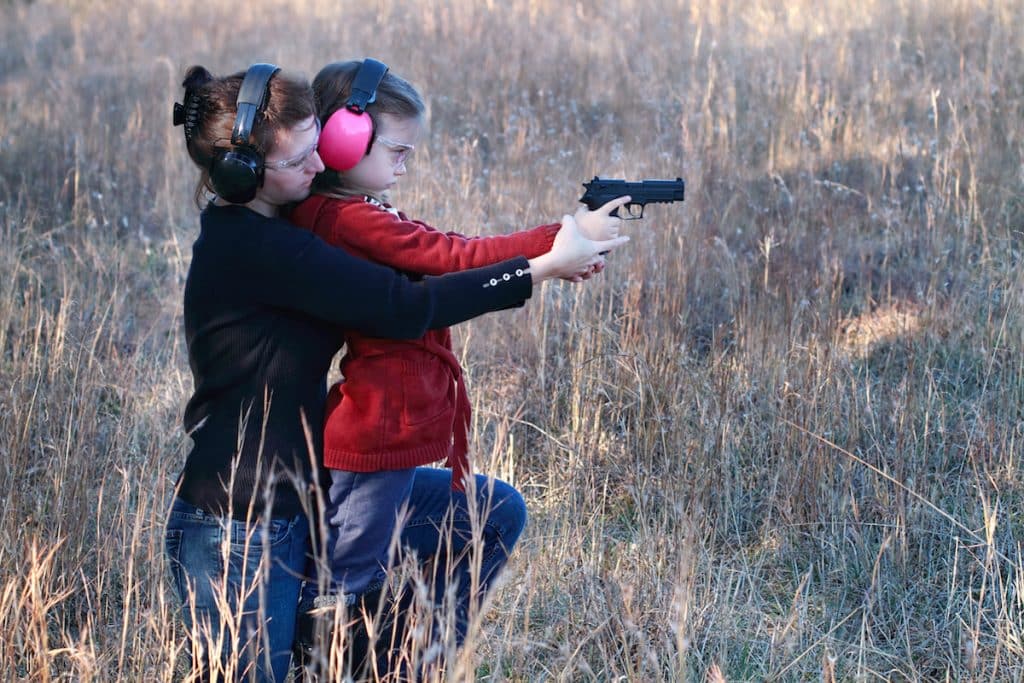 84% of women experience street harassment before they turn 18 years old, with some experiencing it as young as eleven or twelve.

On average, there are 321,500 cases of sexual assault on women happening each year in the United States.

College-aged women (ages 18 to 24) are three times more likely than any other demographic to be assaulted.

It’s a terrifying time to be raising a daughter. As soon as your precious girl is born, all you want is to hold her and keep her safe from anything that might hurt her. This is pretty easy to do when she’s a little kid, but when she grows up she’s going to need to be able to defend herself. As a proud gun-owning American you know that it’s important to teach your daughter to shoot, but when?

Guns should be discussed with kids as soon as they start asking about them. Kids tend to get extremely curious and will want to be part of the family discussion, which will likely include guns in your household. It’s entirely appropriate to show your kids what guns look like, and to even show them an unloaded gun (without letting them touch it, of course). Be sure to answer any questions they have in simple language, emphasizing that guns are something very dangerous that only adults are allowed to touch. Under no circumstance should your child know where the family guns are stored nor should they have the combination to the gun safe.

When the kid sees a gun, they freeze right away and don’t go any closer. They should stop instantly as soon as the gun is in sight.

The child should be taught not to touch the gun under any circumstances. This will keep dangerous accidents from happening.

The child then gets away from the gun immediately, which means that she won’t touch it and no one can use it on her.

Kids should tell a grown up they trust like a parent or neighbor about the gun. Telling a grown up will let them know that they don’t have to be responsible for the situation.

You should run drills with your daughter emphasizing these steps. Buy a training gun and have her practice the stop, don’t touch, run away, tell an adult sequence until she has it memorized. If the drill is memorized then it’ll come naturally if she ever sees a gun in the wild.

I would recommend that you treat the training gun with the same respect a real gun would have. If a child gets in the habit of truly understanding the power and responsibility of guns then they’ll be set up for success in their future shooting life.

As girls get older, their maturity and physical strength increases. From the ages of 8-13 they may not be ready for proper guns but should be ready to shoot practice guns. Practice guns include things like BB guns, air soft guns, and pellet guns. The child should be responsible for maintenance, storage, and cleaning of the practice gun which should be taken just as seriously as a real gun. I would also suggest that there be consequences for firing a gun without protective equipment or leaving it out like being grounded or losing cell phone privileges. Practice guns may not help marksmanship much but they will lay a solid foundation of responsible and fun gun ownership.

Once your little girl turns 13 or so, she should be old and strong enough to start using a light handgun like a .22 pistol. Take her to the range and have her learn how to shoot under your supervision and start teaching her how to clean and care for her new gun. Be prepared to answer questions like ‘is this going to hurt’ and ‘why do I have to wear ear plugs’ in detail. Additionally, don’t be afraid to reward her for things like hitting center mass and successfully loading for the first time. Those are big steps and should be celebrated!

Your daughter is only going to be more mature and independent the older she gets, as hard as that is for any parent to face. She should be able to fully handle the responsibilities of guns by the time she’s 16, which is when she’s going to start driving and going on dates with boys. She should definitely post pictures of herself shooting at the range on her social media. This will make sure to let her dates know that she is well-versed in self-defense.

Ultimately, the more knowledge of and respect for guns your daughter has the better and more responsible shooter she will be. If you take the time to thoroughly teach her from a young age you can rest easy knowing that your little girl will be able to defend herself like the truly strong woman that you raised her to be.

Liz Woodard is a freelance writer and blogger based in the Tampa, Florida area. She wishes that all pistols came in pink and is a huge fan of going shooting on first dates.