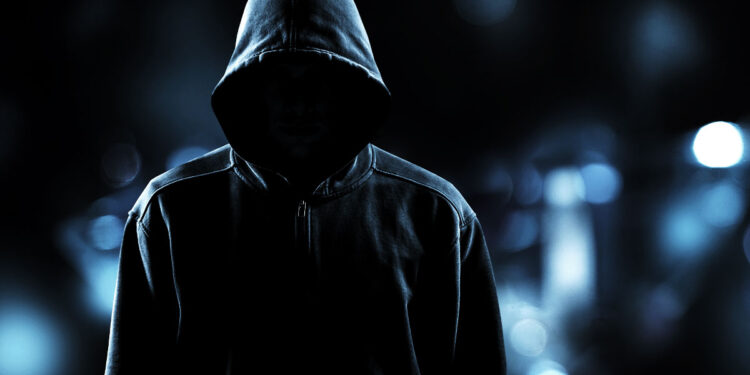 Humans convey all sorts of emotion and intention through body language, and it is all but impossible for a person to conceal these tells. Part of being a well-rounded self-defender is developing an understanding of what body language to look for.

Here, I propose that one of the primary methods of determining the appropriate response to a threat is by judging body language. Obviously, you, as an armed citizen, cannot use force against another person just because that other individual scares you or rubs you the wrong way. The only justification for a forceful response is the necessity to neutralize an imminent and deadly threat. The perception of that threat being deadly must be reasonable.

Obviously, when a criminal actor puts a weapon in the face of another human being and demands money, or some other thing, the use of the weapon to commit the crime typically conveys the fact that the criminal is ready and willing to do harm. However, even beyond such a clear display of threatening behavior, body language should factor in heavily to the decision of the armed citizen to use force, or not, if the environment poses risks to others if a fight ensues.

Any time an armed citizen is forced to shoot in self-defense or in defense of another innocent party, there is an inherent risk. A fight may not go the way of the good guy, and the bad guy might prevail. Of equal or greater consideration, an innocent person in the vicinity can get hurt or killed by stray rounds. Therefore, just because action might be ultimately justified does not necessarily mean that taking action is the best idea in the circumstance.

As an example, an armed robber enters a crowded gas station and holds up the clerk. An armed citizen is present. Should the armed citizen shoot to neutralize the threat? Simply by putting a gun in the face of the clerk, the bad guy clearly displays the elements of ability, opportunity, and intent, and the imminence of the threat is clear. Does this alone mean that the armed citizen should immediately respond with lethal force? I submit that a determining factor should be the body language of the robber.

While the act of sticking a gun in an innocent person’s face and demanding money in itself displays a deadly threat, acting to neutralize this threat through gunfire is inherently risky and may be a risk not worth taking. Especially in a crowded environment, there is a great risk of harm coming to others due to the action initiated by the good guy. Therefore, the decision to act or not may be best determined based on the self-defender’s read of the criminal’s intentions. While the armed citizen cannot read the bad actor’s mind, he can judge the situation to a great extent based on body language.

What is the criminal doing? Has he violently put hands on anyone? Has he hit the clerk? Has he jumped behind the counter and grabbed the clerk by the hair? Has he forced anyone in the room to get on their knees? Or, has he only screamed at the clerk to put the money in a bag as he keeps looking at the exit, instinctively backing up towards the door, so as to obviously flee the location as quickly as possible? These are examples of entirely different body language that suggest very different intent.

A criminal that immediately does something violent, like striking someone to gain compliance, very clearly declares that he has absolutely no problem with escalating to violence and may indeed plan on doing so whether he gains compliance or not. A criminal who boldly takes control of the victims present, or forces people to stand against the wall or get down on their knees, clearly displays a propensity for extreme violence. These indicators point towards an unpredictable and bad outcome for the victims. A robber, or multiple robbers, that act violently and use force immediately forecast a likelihood of killing innocents.

However, consider the example of the criminal who’s body language suggests that he wants to flee the premises as soon as possible; such a criminal actor is displaying the fact that his top priority is getting out of the venue before getting caught. Such an individual is likely to take the money and flee rather than stay longer to hurt innocents.

Decisions Based on Body Language and Behavior

Let us clarify: nothing that is determined only through body language is certain, and any prediction of the criminal’s actions can be wrong.

However, reading body language can be one of the best guides the self-defender has in determining whether or not to act. If in a situation where innocent people are likely to get hurt in an ensuing gunfight, the inclination to start said gunfight needs to be weighed carefully. A criminal actor that gives the strong impression that they will simply run out as soon as they get the money perhaps should be allowed to do exactly that. Be a good witness. Get a good description of the perpetrator.

However, suppose the violent body language, voice commands, and other behavior leads the self-defender to suspect that the criminal will begin killing innocents at any moment. In that case, a decision to act can be made with more certainty. After the fact, being able to articulate as to why you took action based on these behaviors will be all the more helpful in justifying your decision to act. Such behavior will likely be caught on video surveillance, thus backing your decision to act or not act.

While hardly a perfect science, paying attention to the body language of the criminal actor may be one of your best tools for deciding your course of action.

Intruder Shot After Family Barricades Themselves in Bedroom

Intruder Shot After Family Barricades Themselves in Bedroom