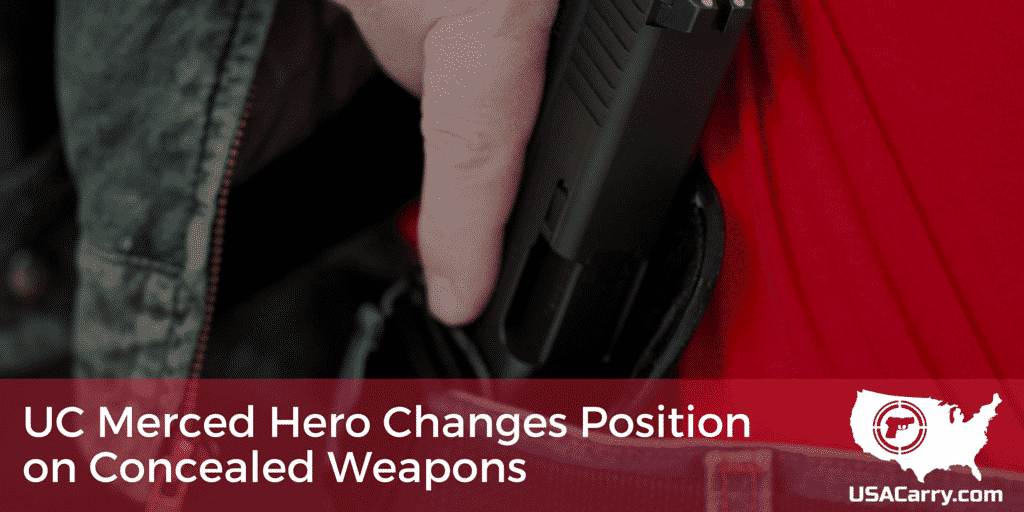 Byron Price is a family man, a father of four, and a contractor. He was working at the University of California Merced on November 4th when 18-year-old student Faisal Mohammad, of Santa Clara, began his attempted murder spree.

Seeing a commotion, Price approached the scene anticipating a student fight. Instead, he found himself confronted with the knife wielding man. Undeterred, Price fought back, kicking at his opponent in an attempt to maintain distance and protect his vital organs. He was for the most part, successful, suffering only one stab wound in the side that required nine stitches. A few hours after entering the hospital, he was released under his own recognizance and drove himself home.

Mohammad was shot by law enforcement officers and died at the scene. According to evidence found among his possessions, his motive for the attack was anger at his fellow student over a variety of personal issues.

For his part, Price is slated to make a full recovery. Interestingly, the California resident has revised his position on concealed weapons; according to local news sources, he now “wishes he had one when this all unfolded for him today.”

Price is being hailed by many as a hero. His comments on concealed weapons come at a time when the matter of violence on campus and the role played by CCW is the subject of national debate.

5 Ways To Be Constantly Improving Your Firearm Accuracy