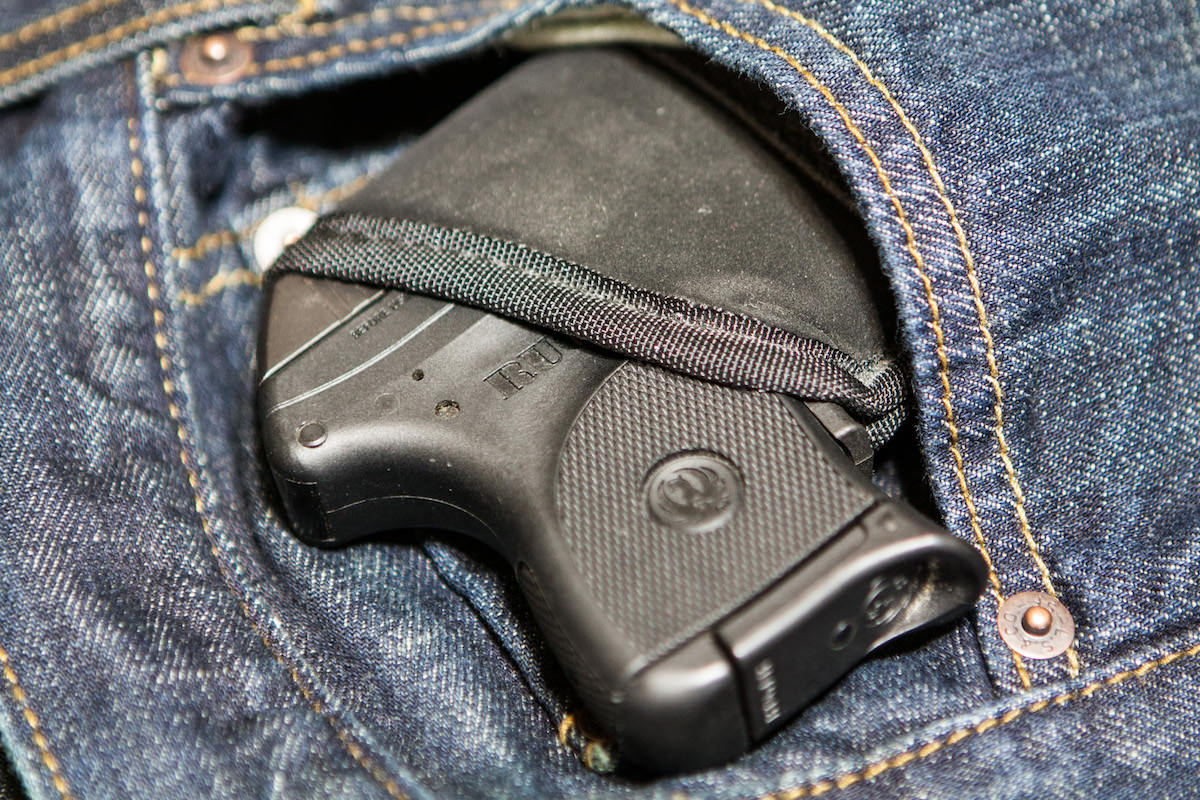 Before the culture of concealed carry really took off, most people who carried a concealed handgun were either off-duty law enforcement, military, and some very vigilant law-abiding citizens.

That number has changed very quickly.

It’s now estimated that there are somewhere over 12 million licensed concealed carriers in the United States. And that’s only what can be extrapolated from those states that allow release of those statistics. For the growing number of states that are going to a permitless concealed carry system, the actual number of people who carry a concealed firearm is impossible to count.

This has ultimately changed the way we perceive each other and select our own handguns.

For those who prefer to stay completely concealed and reduce any amount of printing or showing, here’s several pocket carry pistols that have stayed the course.

The Ruger LCP is chambered in .380 Auto, which has received a wide amount of criticism from gun owners that think a 9x17mm is insufficient to penetrate and neutralize an opponent. Loaded with a defense round like a jacketed hollow point or similar, the .380 Auto is every bit as deadly as any other round.

If Colt Defense took one of their Colt 1911 Commanders and shrunk it down until the barrel was only 2.75″, it would look an awful lot like the Colt Mustang XSP. This pistol isn’t that common but it’s a hit favorite amongst pocket carriers.

This Colt Mustang XSP was a single stack before single stacks were considered cool. It still has that classic look to it but with sterling precision and accuracy.

Pistols tend to get all the credit. They’re sleek, aerodynamic, “high speed, low drag”. But, when it comes to rugged performance and carrying a gun in a pocket, the S&W M&P Bodyguard chambered in .38 Spc does the trick.

DAO revolvers have a tough trigger in comparison with striker-fire pistols, but if you’re carrying in a pocket then that’s not such a bad idea. M&P Bodyguard revolvers can usually be bought cheap at a gun store and they are extremely easy to carry.

The Beretta Nano is one of the smallest pistols you can get chambered in 9mm. It only holds six rounds but that’s the idea behind a pocket carry pistol. The Beretta Nano, and it’s slightly smaller cousin, the Pico, were never meant to be pistols you dragged into a rolling gun fight. They were meant to be backup personal protection where a full size pistol isn’t convenient.

For warm weather, either the Beretta Nano or Pico are perfect choices for a gun that is easy to conceal and performs well under stress.