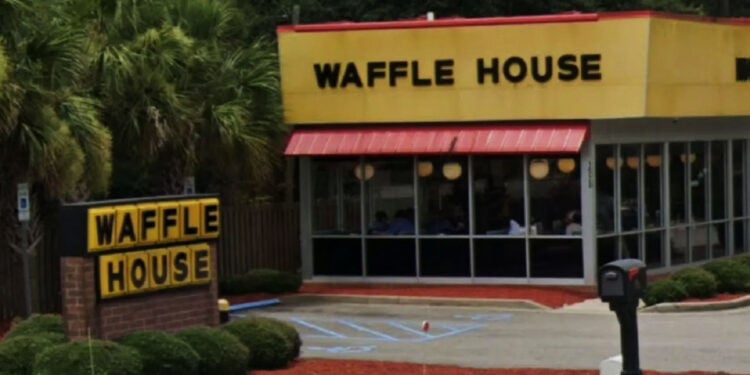 Witnesses and an employee stated that two armed men entered the restaurant and jumped the counter. One man stood by with his firearm while the other suspect started pushing the employee around and punching him in the head.

Then, the suspects left, and the victim armed himself with a handgun and followed after them. As the employee reached the door, the two suspects began firing at him. The employee returned fire and retreated back into the restaurant.

“Heavy damage” to the front of the restaurant was reported. Police collected numerous cartridge cases and bullets at the scene.

The victim stated that he would not seek charges for the assault “even if he could identify the attackers.” Therefore no charges are being sought.

It sounds strange that the employee was not interested in filing charges against his attackers. One might suspect that the victim was knowingly being retaliated against for something, got the message, and dropped the subject. It is not known if the victim retained his job, but several years ago, Waffle House adopted a no firearms policy in their restaurants.