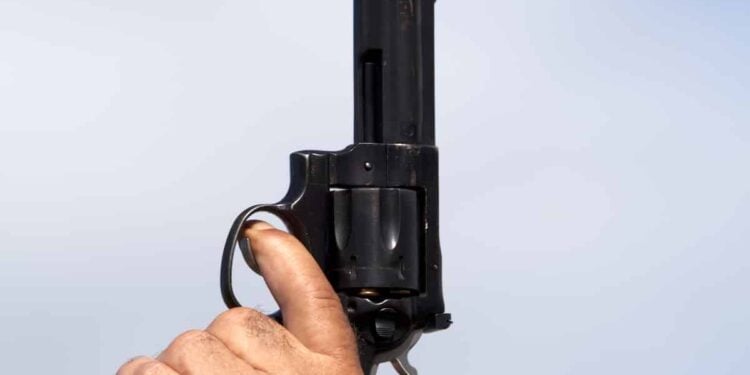 For the above reasons, it is very important for persons who incorporate firearms into their personal protection plans to attend a firearms training class on personal protection where there is also a legal portion taught. This way they can learn about their state laws and how they apply to them when considering the use of a firearm to defend their lives.

Unfortunately, our society is full of misconceptions about what a person can and can’t do regarding self-defense passed on from one individual to another.

One such example was by Vice President Joe Biden during a January 13, 2013 interview he told our nation his opinion on self-defense and what to do if faced with a home invasion.

“Buy a shotgun, buy a shotgun,” Biden went onto explain what he told his wife to do if faced with a home invasion.

“I said, `Jill, if there’s ever a problem, just walk out on the balcony … take that double-barrel shotgun and fire two blasts outside the house,” Biden said.

Joe later explained during the interview he learned his lessons on gun safety from his father, who was a hunter.

To me, it appears Joe gave this advice to his wife before he became Vice President and received a secret service detail to protect him and his family.

Follow along with me as we discuss warning shots and some of the possible legal issues if one was to decide to fire them to scare off a possible attacker.

The NRA Personal Protection in the Home class covers the basic knowledge, skills, and attitude essential to the safe and efficient use of a handgun for protection of self and family, and provides the information on the law-abiding individual’s right to self-defense. This class also covers the simple fact – firearm used for self-defense is a tool of last resort to defend their lives.

Every person who handles or fires a firearm must understand the importance of knowing what your muzzle is covering, and know where your round or shot will impact if it misses or passes through its target. You are legally responsible for every round you fire. In most states, warning shots are prohibited in self-defense situations by law. This law is commonly known as reckless discharge of a firearm.

Let’s take Joe Biden’s advice to his wife Jill in his scenario Jill fires off both barrels of Joe’s shotgun from out on the balcony. I am going out on a limb here and assume Joe left her with some good quality defensive rounds for his shotgun. When Jill fired off those the rounds, she is responsible for each projectile launched into the air. For shotguns it would be each pellet, this equates to about 12 individual rounds for typical self-defense loads with buckshot. They could travel quite a distance, and it is unknown who could be injured or what property might be damaged upon impact.  Jill could be legally liable, both criminally and civilly, for every projectile that left the gun when she fired the warning shot or shots.

For those who would argue, let’s shoot at the ground or other safer direction, I would like to point out the shooter is still responsible for those projectiles if they ricochet or change direction later impacting a person or object causing injury, death, or damage.

So let me be clear. Deadly force should only be used when there is a reasonable belief that it is necessary to defend your life, or that of another person in imminent danger of great bodily injury or death, from the use of deadly force. Necessity consists of two factors – imminent danger and the absence of safe alternatives. Imminent is described as a pending action; meaning immediate or instant. A safe alternative would be to avoid the confrontation.

In my state of South Dakota, a citizen who fired a warning shot could face criminal charges and civil charges.

Readers I would like you to consider my article on why warning shots are not acceptable and in some states illegal. Look at the following news stories where citizens have been arrested and or convicted for firing warning shots when confronting criminals.

Disclaimer: Nothing in the article is to be considered legal advice and if you have questions about what is legal when it comes to self-defense in your state please seek out a NRA Citizens Firearms Class on Personal Protection, Post-Certified Law Enforcement Officer, or an Attorney.

Lessons from a Modern Day Gunfighter

Matt Schlueter is a retired Deputy Sheriff from South Dakota with over 19 years of combined experience in corrections and law enforcement, and held the position of Firearms Instructor and DARE officer with the Sheriffs Office he worked at till his retirement. He is also a NRA Certified Pistol Instructor, and owner/chief instructor of Schlueter Firearms Instruction. Matt’s goal is to provide the best information possible for those who want to further their knowledge and skills in shooting handguns. Matt’s goals also include providing the best training courses possible for students who attended courses he is offering. For those wishing to contact him please visit his website at www.learntwoshoot.com, or www.zwarriortraining.com or you can join him on Facebook at www.facebook.com/SchlueterFirearmsInstruction.

Lessons from a Modern Day Gunfighter