“Just do what they say and you are less likely to be hurt.” For many years this advice was given to airline pilots, bank tellers and citizens. A few highjackings later, pilots are no longer trained in the same way. Bank tellers are. What is the difference? Moods.

In any violent situation, psychological analysis of the attacker is obviously difficult to do at a leisure pace. When time allows however, the attacker’s mood must be considered. Mood is admittedly a light-hearted word to use, but I like it. What is the mood or mental status of the attacker? I believe moods to be important because I am often asked if a .22 LR pistol is appropriate for self defense. I used to always answer, “No.” Not anymore.

I suggest that they do not. The jogger-robber is an opportunistic guy, and his mood is simply to take some money to buy something. Imagine from his perspective this man’s mood. He would like a hot dog and perhaps some meth for desert, his left arm itches from a mosquito bite and he hopes to have sex with his old lady later that night. She also likes meth and he knows that it would be prudent to bring home the goodies. He is on probation and knows that if he gets busted for anything; he will go back to jail. He does not want this.

Now, let’s imagine this same man’s mood after taking a .22 LR round through the fleshy part of his left arm and another through his right foot. What is his mood NOW? What is foremost on his mind? Yep, his first though is likely “Shucks!” The next thing on his mind is that his left arm hurts and is bleeding. His quiet attack is now a loud situation that is likely to bring people to the alley. His intended victim is now running away toward the busy street.

This attacker’s new mood is very different. He is no longer in the mood to take $50 dollars from a helpless victim. His mood has likely shifted to stopping the bleeding and escaping before security or police arrive. The jogger with the 22 is safe and can now either toss her piece in the river and continue enjoying her jog or may spend the next few hours filling out bureaucratic paperwork, depending on her mood.

I suggest that in this scenario, a .22 was an effective tool, but only because the attacker’s mood was quite changeable. Would the religious attacker have been stopped by these same two poorly placed shots? It is likely that his mood would not have changed very much and that he would continue his attack. If you are defending your family against an attack and you are hit with a .25 round (for the sake of this argument let’s say that you actually feel it), will you still be in the mood to defend your family? Of course you will! What about the drunken bully? “A 9mm won’t save you?” Really?

As violence-predicting expert Gavin DeBecker suggests, neither he nor I can describe to you all moods that all people might experience. We do not need to. As long as you take the time to consider this issue, play our other scenarios and your own in your mind and carry the biggest stick you are comfortable with, your subconscious will now calculate moods for you. 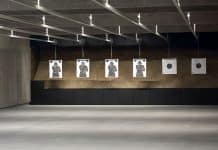 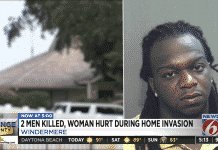