Will Your Response Get You Killed? 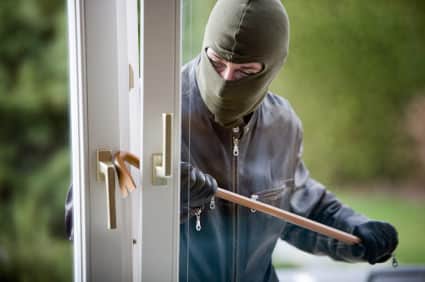 Will Your Response Get You Killed?

What will you do if you’re awoken in the middle of the night by glass breaking and then the sound of footsteps in your house?

If the intruder is foolish enough to run up the stairs at me then I’ll use the necessary force to stop the threat. This is a rather simple plan, and when it comes to home defense that’s exactly how you want it.

But, as simple as this plan is at stopping a criminal threat, what do you do when the intruder is actually the police? Let me explain…

Not too long ago, a known meth addict broke into a Georgia man’s car that was sitting in the man’s driveway. This meth addict apparently found drugs and then reported to police that he found drugs in the car.

The police took this crack head’s word and got a search warrant for the Georgia man’s home. They then went on a raid to the man’s house one night around 11pm.

According to one of the news articles I read, “When Hooks’ wife saw men in dark clothing heading for their home at 11 p.m. on Sept. 24, she woke up her husband and told him that the thieves who had stolen their SUV were back. Hooks grabbed a gun and headed to the door.”

Unfortunately, I think you know where the rest of this story goes. The Georgia man – David Hooks – was shot 16 times when SWAT broke down his back door (without making any type of announcement that they were law enforcement) and he pointed his gun at them.

David Hooks died at the scene, and after spending 44 hours searching his house the police did not find one shred of evidence that he had drugs.

This is a horrible situation to find yourself in as a homeowner and most of us would have done the same thing if men dressed in black kicked in our back doors.

While there is no perfect solution to this situation (besides changing police tactics on unannounced raids) the best thing you can do when you think there’s an intruder is to assure your family is all safe with you and then remain in your bedroom or at the top of the stairs.

In other words, don’t rush downstairs to meet the intruder face to face. Wait upstairs, call the police, and make an announcement. Of course, this is no guarantee that you’ll be okay but it’s better then running to a backdoor and getting gunned down by SWAT or even a real intruder.

How to Survive a Roadway Shooting