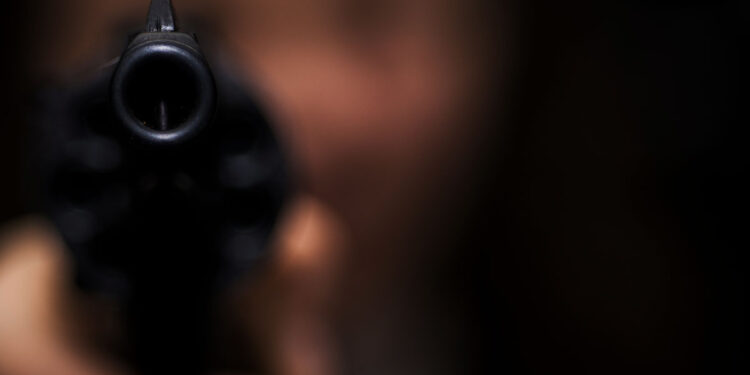 If you are considering getting a firearm for personal protection but haven’t pulled the trigger yet (pun intended), then now is the time to get one. Had this woman waited just one more day, who knows how this story would have unfolded?

A 22-year-old man with a history of alcohol substance abuse became heavily intoxicated and tried to force his way into a Patterson, CA, home around 10 PM this past Saturday.

The husband and wife homeowners were home during the invasion, and the husband got into a fight with the intruder near the front door while trying to restrain him. The wife ran upstairs to get the revolver she had purchased just one day earlier.

She fired all of the rounds in the revolver into the intruder in what the police call “an example of strictly self-defense.”

When the police arrived on the scene, they found the deceased intruder in the home’s entryway. The husband sustained minimal physical injuries, including abrasions and scratches to the back. The wife was unharmed.

This is just one more example of how in an instant, you might find yourself in a life or death situation, and having a gun to protect yourself is the only way to stay alive. So again, if you are considering getting a firearm for personal protection, you should make that happen sooner rather than later.

I love a happy ending